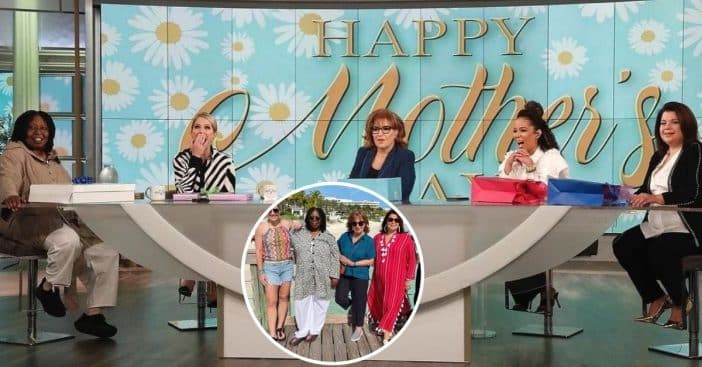 The hosts of The View have taken a week off to spend a work vacation in the Bahamas to celebrate the 25th-anniversary celebration of the show. The fans of the show were stunned after detecting the location where hosts Whoopi Goldberg, Sara Haines, Joy Behar, Sunny Hostin, and guest host Ana Navarro chose for their vacation in light of recent events in the United States of America.

The hosts of the show who disclosed their opinions on the overturning of the Roe V. Wade case in the United States left their fans shocked when they were seen in the Bahamas, a country where abortions are prohibited by law.

The hosts found a “great way to protest”

The Bahamas vacation has angered fans of the show who have come out to slam the hosts as being hypocritical in their stance stemming from their discussions on the latest developments on abortions in the United States and vacationing in a country where it is disallowed. An angry fan posted on Instagram, writing, “You do know that abortion is illegal in the Bahamas. Great way to protest. Please keep being one of the worst shows in the history of daytime television.”

RELATED: ‘The View’ Loses To ‘The Kelly Clarkson Show’ At Daytime Emmy Awards

Another distraught fan on social media wrote, “I find it very hypocritical of the show The View to do a show against the Supreme Court ruling in the Bahamas where it is illegal to get an abortion.” A third fan described the turn of events as a “tone-deaf embarrassment.”

The trip’s location was not the only thing that got fans annoyed with the vacation; it was the manner of the announcement that brought out a lot of disgruntled views since the trip was announced in May. The show told viewers of an “epic announcement,” which got fans enthusiastic about what the announcement could be.

Some were of the opinion that it would be that the show was getting a new permanent host, while some thought it would be a massive giveaway to show appreciation to the show’s ardent fans. The viewers were, however, shocked to hear the announcement, which was meant to inform them that the show’s hosts would be going on a luxurious beach vacation.

The announcement sparked fiery emotions among the show’s viewers, and they criticized the show for making a show-off of the planned vacation in their faces. An angry Twitter user and lover of the show wrote, “For their big announcement, the View announced that they’re going to the Bahamas. They know all of us can’t go, but we can go to their site for information on tickets….. Meanwhile, I’ll be here, working from home while they enjoy their paid vacation.”

All attempts to douse the tension failed

In an attempt to water the frustration and anger of the viewers, the show began to show some episodes of the program set in the Bahamas. It only once again incited fans who regarded Whoopi Goldberg’s comment on the trip as out of touch. “Definitely thought that was a bit cringe and out of touch. I don’t think they have to feel bad about sharing their stories having fun but trying to frame it as being inspirational or helpful for others rubbed me the wrong way,” wrote a fan on social media.

Click for next Article
Previous article: Carlos Santana’s Wife Gives An Update On His Health After He Collapsed Onstage
Next Post: Customers Served Moldy Food At McDonald’s Replacement Restaurants