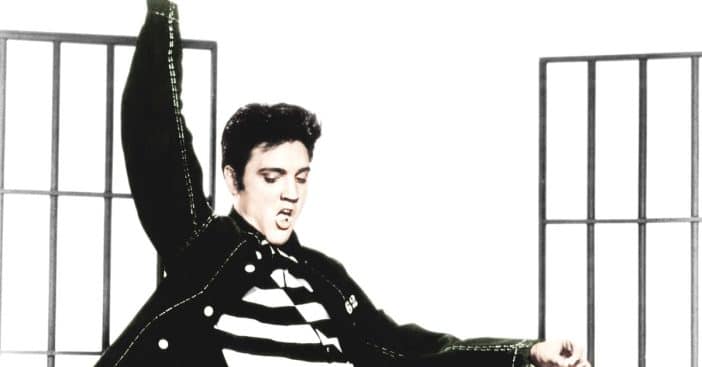 In the new Elvis Presley biopic, there is a scene where Elvis (played by Austin Butler) is threatened to be arrested if he continues dancing the way he does. The way Elvis danced and often gyrated, was infamous. He caught the attention of all of the women but many authorities in cities where he performed were angry, calling it immoral.

In the film, Elvis ignored the threats and kept dancing which added to his rebellious image. There was one such instance that happened in real life in Jacksonville, Florida. The local judge had heard about the way Elvis danced and threatened to have Elvis arrested for “impairing the morality of minors” should he dance provocatively.

In this instance, unlike in the film, Elvis did behave and performed six shows at the Florida Theatre in 1956. The current president of the Florida Theatre, Numa Saisselin explained, “Marion Gooding, who was at that time the juvenile court justice in Jacksonville, summoned young Mr. Presley to his offices and told him there would be no hip-swiveling and no suggestive body movements.”

He did not get arrested because Numa added, “By all accounts, he stood center stage … and performed his show straight. No moving around.” However,  just a decade later, Elvis was indeed arrested for a different offense.

In 1966, he was arrested and charged with disorderly conduct, battery, and assault after getting into a fight with a gas station employee after his fans bombarded the place. The charges were ultimately dismissed quickly.

Click for next Article
Previous article: Why ‘NCIS’ Stars Pauley Perrette And Mark Harmon Are Feuding
Next Post: Willie Nelson’s Protégé Inspires ‘AGT’ With Life Of Heartbreak And Hope