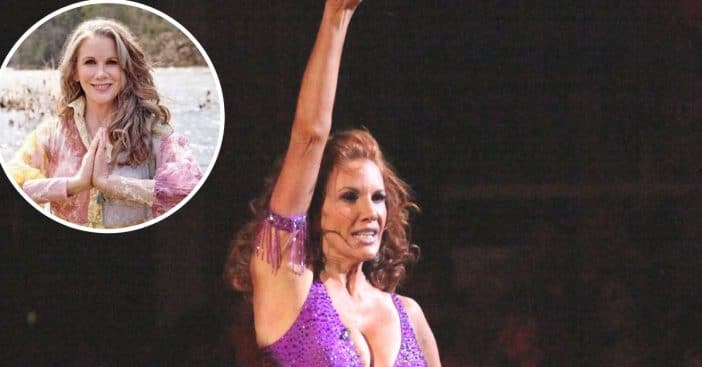 Melissa Gilbert, best known for playing a young Laura Ingalls on Little House on the Prairie, is now 58 years old. Years ago, Melissa was still in Hollywood and like many actors, trying to keep up a youthful image with Botox and other procedures. She said that her wake-up call was when she saw a photo of herself that she didn’t even recognize.

She said, “It was a red carpet for the Season 4 premiere of ‘Nip/Tuck.’ And I was all done up. And I, it was at the height of all the fillers in the Botox and my hair was very, very colored … And that really knocked me for a loop, because I was looking at [myself] thinking, ‘Who’s that person? That’s not me. That’s like a shell over what the real me is.’”

These days, Melissa has given up Botox and other procedures and lives more authentically in an upstate New York cabin with her husband. She just released a memoir sharing her experiences going from a child actor to a Hollywood star to living a very different life in the woods.

Melissa added, “I was having a real hard time living my life from a place where the external mattered more than the internal. I really wanted to reverse that. I wanted to become more spiritual, more grounded, more at peace, more connected to my community, to my family, to my friends.”

Now, far away from the glitz and glamour of Los Angeles, Melissa realizes that the world needs to allow women to age. She explained, “We need to provide examples for young women of what aging well looks like, and what being healthy looks like. Hopefully, I’m here to inspire other women to join this movement, to be who we are, and know that this is not only is this enough, it’s more than enough.”

Click for next Article
Previous article: Ray Milland From ‘Love Story’ Only Worked A Few Months A Year Before His Death At 79
Next Post: 40 Years Later, Woman Is Reunited With Same Roller Skates She Loved As Teen