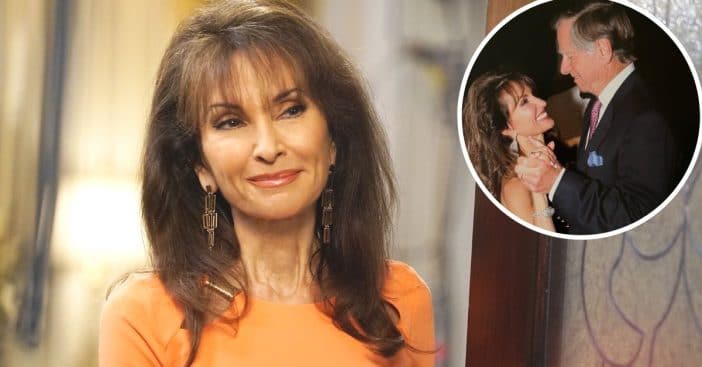 During the most recent Daytime Emmy Awards, actress Susan Lucci honored her late husband Helmut Huber. Susan appeared for an emotional tribute to introduce the In Memoriam segment of the award show.

Susan took a moment to honor Helmut, who passed away in March at the age of 84. The couple was married for over 50 years after they met at a hotel in Long Island, New York. They dated for just three weeks before he proposed.

Susan shared at the awards ceremony, “I am so happy to be here with you tonight celebrating people that we love and have lost this year. I send my sympathy [from] my heart to the loved ones of those we pay tribute to tonight. My husband, Helmut Huber, was a larger than life force of nature. He was a confident caregiver who knew exactly how to make things happen and to keep us all laughing at the same time. Helmut loved and was so proud of our magnificent children and our grandchildren.”

She added, “They say that grief is the price we pay for love. Well, grief is an excruciating price but I would not give up even one second of the love.” Susan shared a similar message on her Instagram, where she sometimes shares photos of Helmut.

She broke her silence in April and shared a photo of the two of them dancing together. Fans flocked to the comments section to pay their respects and send condolences to Susan and her family.

RELATED: Susan Lucci Opens Up About Her Health Scare Back In 2018

Click for next Article
Previous article: The Cast Of ‘UFO’ Then And Now 2022
Next Post: Keith Urban And Nicole Kidman Celebrate 16th Wedding Anniversary