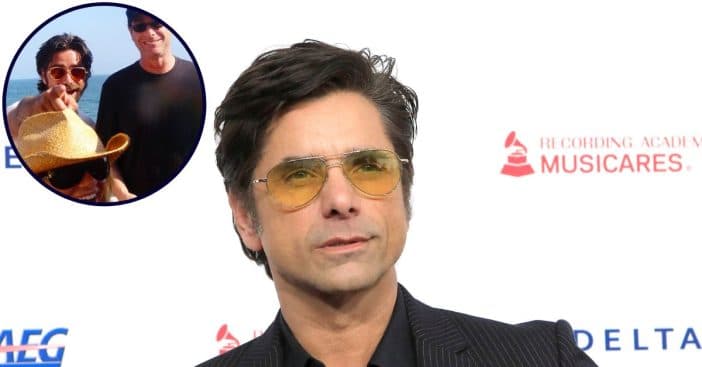 American actor and musician John Stamos, who first gained popularity for his role as Blackie Parrish on the ABC television soap opera General Hospital, has been reminiscing on moments from the past. He shared a 2004 picture with two of his co-stars from Full House, Ashley Olsen and Bob Saget, who died on January 9, 2022.

The picture posted via Instagram shows the three actors with their backs to the ocean. John Stamos points his fingers toward the camera while Olsen laughs and Bob Saget dons a casual smile. Stamos provided some information about the idea behind the image in the caption, writing, “I love this picture so much. A moment in time. A surge of Happiness. Unfiltered joy. Pure and real. We were blooming.”

Reactions From His Fans

Stamos disclosed that the picture was snapped in a beach house he rented in the summer of 2004; he said, “Needed some cheering up, and boy did my friends come through. What a lucky man I am.” Fans of the 58-year-old star have shown their love for the post and have given approval to the picture with their comments.

One of his fans wrote, “Dude, your hair has never stopped rocking! Love this picture.” “What sweet memories to hold close to you,” another wrote. Meanwhile, Jodie Sweetin, who played the role of Stephanie Tanner in the original Full House and the Netflix sequel Fuller House, also made her comment known regarding her colleague’s post. She wrote, “Oh yes!! I remember that house!!”

Bob Saget died in January 2022 after being found unresponsive in his room at the Ritz Carlton in Orlando, Florida. Autopsy reports released on February 9, 2022, showed that he had blunt head trauma from an accidental blow to the back of his head. John Stamos has been working hard to keep his friend’s memory alive since his death. In particular, he brought together a couple of Saget’s friends to produce a Netflix special, Dirty Daddy: The Bob Saget Tribute, as a means to honor the memory of their late friend. In addition, he attended the Critics Choice Real TV Awards to present an award for Saget to his wife, Kelly Rizzo. The Impact Award given to Saget posthumously “recognizes an outstanding individual for career excellence and the positive impact they made on the world of nonfiction content.”

In his bid to continuously honor his friend’s memory, he criticized the organizers of the 2022 Tony Awards for not including Bob Saget in their Memoriam tribute. He wrote on the 12th of June via Instagram, revealing his feelings that Saget’s name wasn’t on the list.

“Disappointed to hear that @bobsaget will be LEFT OUT of the In Memoriam segment tonight @The Tonyawards. Bob was brilliant in The Drowsy Chaperone& Hand to God. Come on @BroadwayLeague and @Thewing! Do the right thing! Bob loved Broadway and I know the community loved him,” Stamos posted on Twitter.