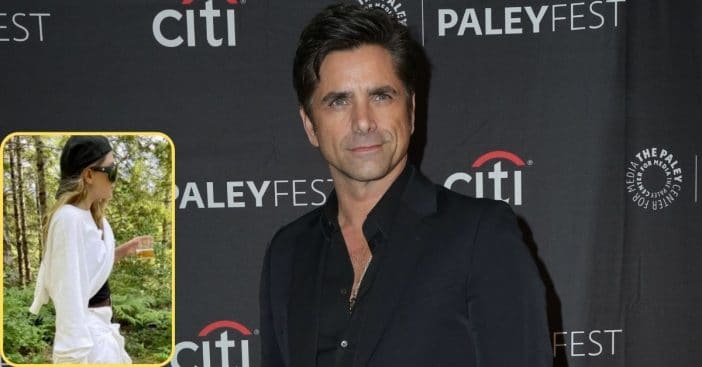 John Stamos has reacted to the viral photo of Full House co-star Ashley Olsen hiking with a machete in one hand and a drink in the other. It turns out that Stamos was just as confused as the rest of the Internet. He spoke out while speaking to Hoda Kotb and Jenna Bugh-Hager on the 4th hour of TODAY.

“I haven’t talked to them in a while,” he says about Olsen and her sister, Mary-Kate. “Maybe is it getting ready for Halloween? I don’t know, I have no comment.”

Stamos was on the show to discuss his upcoming true-crime podcast, “The Grand Scheme: Snatching Sinatra.” When asked about the viral photo, all he could do was throw his hands up in confusion. The photo was shared by Olsen’s boyfriend, Louis Eisner, on his Instagram story. The Olsen sisters are famously off social media and generally lay low these days.

35-year-old Olsen is hiking in a white sweatshirt, black sneakers, a shirt tied around her waist, linen pants, a backwards hat, and oversized sunglasses. It’s just the fact that she’s carrying a machete and a drink that has people scratching their heads.

The Olsen twins starred as Michelle Tanner in Full House from 1987 to 1995. Following their acting days, they have since retired and have become full-time fashion moguls.