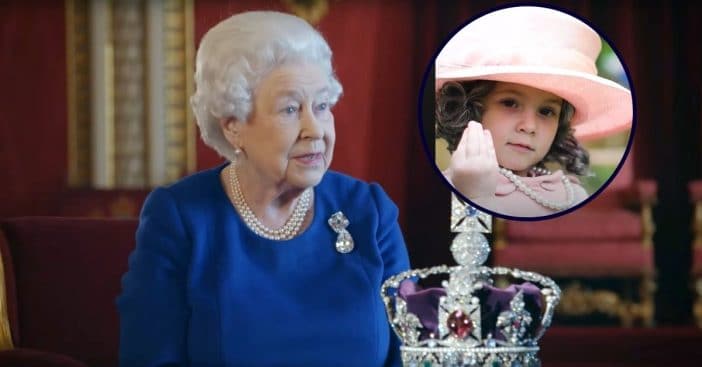 A 3-year-old young girl, Isla Bates, who resides in Aston-in-Makerfield, England, has pulled off the Queen’s signature look of a monochromatic hat and coat with pearls adorning her neck. While dressed up as Queen Elizabeth herself, she walked on the road, paying royal courtesy to people. This was her own unique way of marking the Queen’s Platinum Jubilee, which will be celebrated publicly in June.

During her walk, she planted trees at every stop to partake in the Queen’s Green Canopy. The Queen’s Green Canopy is a special tree planting initiative created to mark the platinum jubilee anniversary of the Queen. This scheme invites all and sundry all over the United Kingdom to “plant a tree for the jubilee.”

Isla went to almost a dozen nursing homes in Greater Manchester, Merseyside, and Nottingham, which are managed by NewCare, the company her mother works for. When she got to each of the nursing homes, she walked on a red carpet and shook hands with the residents while mimicking the famous royal wave of the Queen.

She also partook in a traditional British tea party at some homes with the people living there. Isla’s Mother, Alex Fairhurst, said, “Isla has thoroughly enjoyed her mini royal tour, traveling around each of the NewCare homes to plant a tree, she has especially loved dressing up as The Queen, perfecting her royal wave and making our residents smile.”

Celebration of the platinum jubilee

To mark this epoch-making event, the government has declared a four-day bank holiday to start from the 2nd of June to the 5th of June.

A traditional British Trooping showcasing the Colour birthday celebration for Her Majesty will kick-start the Platinum Jubilee on the 2nd of June. This will be performed by the 1st Battalion, Irish Guards, and soldiers from the Household Division. A Royal Gun Salute will also be fired during the parade to honor the Queen.

A public concert outside the Buckingham Palace and a beauty pageant all to commemorate the Queen. The celebration will also include a Thanksgiving Service, which will hold at the St Paul’s Cathedral on Friday 3rd of June, 2022. This service will witness the ringing of the church bell in the United Kingdom, Great Paul, to start the service.

Queen Elizabeth II is the first British Monarch to celebrate 70 years on the throne and in meritorious service to the great people of the United Kingdom.

Click for next Article
Previous article: The Bad Blood Between Actors Tom Hanks And Ricky Gervais Surfaces
Next Post: Princess Diana’s Former Chef Talks About Traditions She Had With Her Sons