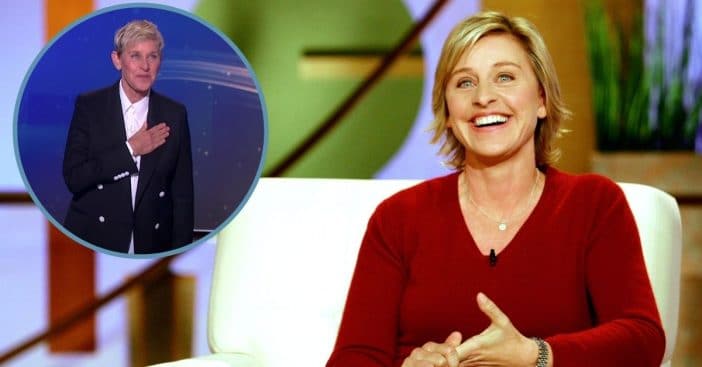 Ellen DeGeneres recently brought her daytime talk show to a close after 19 seasons, taking the stage one last time in front of an audience that included her wife Portia de Rossi and several family members. It was certainly a raw, real, and emotional moment. “Welcome to our very last show. I walked out here 19 years ago and I said this is the start of a relationship. And today is not the end of a relationship, it’s more of a little break,” DeGeneres tells the audience.

“You can see other talk shows now. I may see another audience once in a while. Twenty years ago when we tried to sell this show no one thought this would work, not because it was a different kind of show. It was because I was different. Very few stations wanted to buy the show and here we are 20 years later, celebrating this amazing journey together.”

Ellen DeGeneres gets very real and emotional on show ending

She continues, “When we started this show I couldn’t say ‘gay’ on the show. I was not allowed to say ‘gay.’ I said it at home a lot. ‘What are we having for our gay breakfast?’ Or ‘pass the gay salt.’ [Or] ‘Has anyone seen the gay remote?’ — things like that. I couldn’t say we, because that implied that I was with someone. Sure couldn’t say wife, that’s because it wasn’t legal for gay people to get married. And now I say wife all the time. Twenty five years ago they canceled my sitcom because they didn’t want a lesbian to be in primetime once a week. So I said ‘Ok, I’ll be in daytime every day, how ’bout that?’ ”

RELATED: Ellen DeGeneres Brings Talk Show To An End With Plea Of Compassion

DeGeneres emotionally concludes, “What a beautiful, beautiful journey that we have been together. If this show has made you smile, if it has lifted you up when you’re in a period of some type of pain, some type of sadness, anything you are going through, then I have done my job. Because of this platform we have been able to change people’s lives. This show has forever changed my life. It is the greatest experience I have ever had, beyond my wildest imagination.”

The show went through a rough patch in 2020, not just with the COVID-19 pandemic, but with the onslaught of a number of toxic workplace allegations that led to an internal investigation. Shortly after the investigation and the return to TV, it was reported that DeGeneres’ show would be airing its final season.

Click for next Article
Previous article: Many Critics Praise Austin Butler For His Performance In ‘Elvis’ Despite The Movie’s Mixed Reviews
Next Post: Ellen DeGeneres Reflects On The End Of Her Talk Show ‘The Ellen DeGeneres Show’