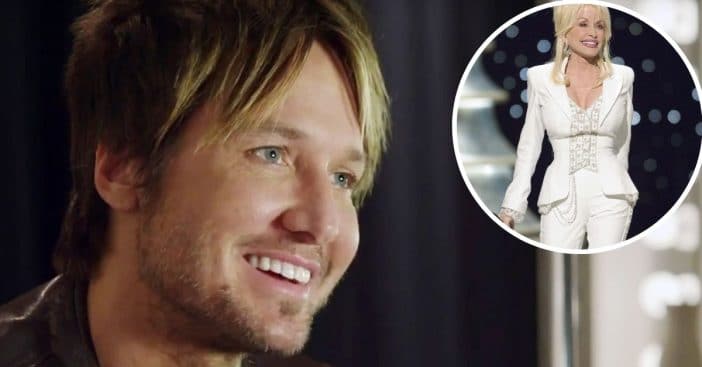 During Keith Urban’s final appearance on The Ellen DeGeneres Show, which is ending this year, he talked about meeting Dolly Parton for the first time. Ellen told Keith that Dolly had shared that she would love to sing a duet with him because he reminded her of her brothers.

Keith responded, “It’s so sweet. I come from working-class parents and a rural kind of background in Australia, and the first time I met Dolly — she’s sung with me a few times — and the first time I met her it was surreal, because, I mean, I grew up singing her songs. As a matter of fact, I sang her songs because I was nine years old, and my voice hadn’t broken yet, and I sounded like her — I could sing in her key.”

During his time on Ellen’s talk show, he also gave her a very special gift for her final season. After performing his song “Blue Ain’t Your Color,” he gifted Ellen his guitar. He had also written a message to her on the guitar and his wife, actress Nicole Kidman signed it.

Keith said, “This is a 1960 Gibson Les Paul Jr. that I’ve had for a long time. It’s on a lot of records, shout-out to all my family at the Opry in Nashville.” His message read, “Dearest darling Ellen, you’ve been a believer in me and my music since 2004, when I first came on your show. Today is the 20th time you’ve invited me to be here. I’m deeply grateful for all the years of laughs, conversations, weird a– cologne commercials and your passionate support. Thank you from the bottom of my heart. I wish you the love and light on your journey ahead. Your friend, always, Keith Urban.”

Click for next Article
Previous article: Suzanne Somers Is Thankful For ThighMaster Success After Acting Career Tanked
Next Post: Courtney Love Shares Story Of How Johnny Depp Saved Her Life In 1995