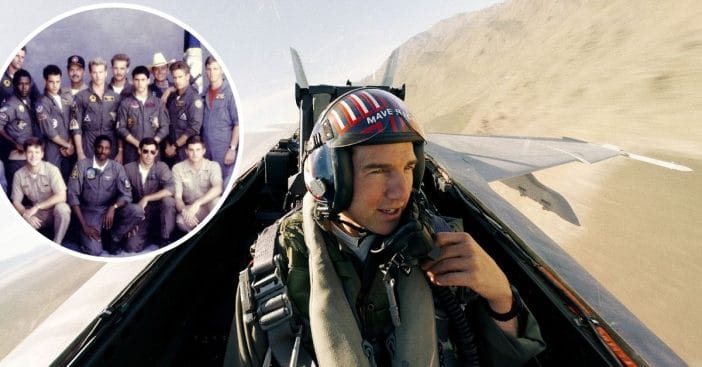 Val returns in the sequel as Tom “Iceman” Kazansky. Tom Cruise, who plays Pete “Maverick” Mitchell, previously shared that he didn’t want to do the sequel without Val. However, some stars including Meg Ryan and Kelly McGillis were not asked to return for Top Gun: Maverick.

The director, Joseph Kosinski said that they just weren’t considering stories that involved the female characters for this film. According to IMDb, the plot of Top Gun: Maverick reads, “After more than thirty years of service as one of the Navy’s top aviators, Pete Mitchell is where he belongs, pushing the envelope as a courageous test pilot and dodging the advancement in rank that would ground him.”

The movie is set to premiere on May 24, after being delayed several times due to the coronavirus pandemic. The film recently had its world premiere and Tom showed up in a helicopter to the exciting event.

The helicopter reportedly had his name and the Top Gun: Maverick logo on it. Watch the trailer for Top: Gun Maverick below: