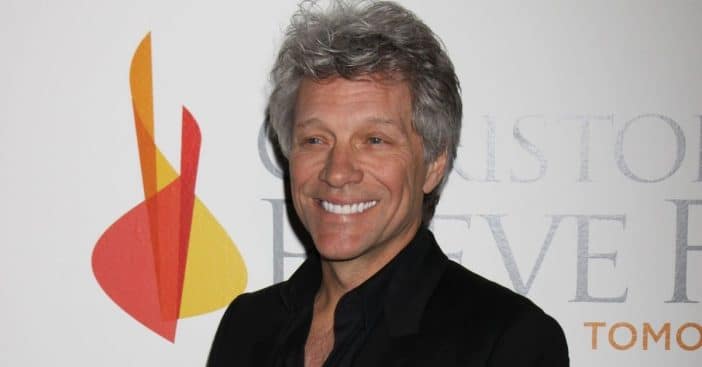 A rep also confirmed that the rocker was fully vaccinated before testing positive, but it’s not confirmed if he’s had a booster shot. In a new tweet that has surfaced, a video shows him and his team exiting the venue in style.

Earlier in the week before he got the positive COVID news, Bon Jovi showed off his awesome guitar collection online. “Can you guess how long it takes to tune all of these?” He captions the video, showing off a wide range of different guitars (acoustic, electric) in addition to a bunch of other gear like pedals. Fans may be interested to learn that learning guitar didn’t come naturally to the 59-year-old rocker.

Can you guess how long it takes to tune all of these? pic.twitter.com/6gVpgTz39G

He recalls learning guitar in an interview with Willie Geist of TODAY. He reveals that his neighbor actually gave him acoustic guitar lessons when he was in his teens. And he actually wasn’t the best student. “Initially, I didn’t do very well,” he admits.