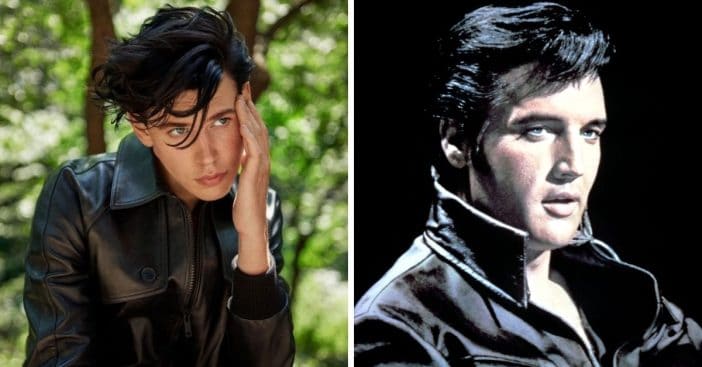 Director Baz Luhrmann is about to release his highly-anticipated Elvis biopic starring Austin Butler as the King himself, and Tom Hanks as his controversial manager Colonel Tom Parker. The film is set to chronicle Elvis’s rise to fame over the course of two decades, moments where he finally rose to icon status, and all the controversy that came with becoming a known public figure.

Let’s check out the cast of the film, and the real-life people they played.

Actor Austin Butler takes on perhaps one of the most important and legendary roles of his career; the portrayal of Elvis Presley. At just 30 years old, he’s already made a name for himself, appearing on a number of shows such as Switched at Birth, Ruby & the Rockits, The Carrie Diaries, and a number of shows on Nickelodeon and the Disney Channel.

Tom Hanks takes on the role of the controversial long-time manager of Elvis, Colonel Tom Parker, who was known for helping sky-rocket Elvis to stardom. Hanks is a well-known and beloved actor, also coining the term “America’s Dad” at one point. We’ve seen this guy in a number of iconic films including Forrest Gump, Philadelphia, Saving Private Ryan, Sleepless in Seattle, The Green Mile, and many, many more.

Olivia DeJonge plays the role of Priscilla Presley, known best as the ex-wife of Elvis Presley and co-founder and former chairwoman of Elvis Presley Enterprises (EPE). She has perhaps played the biggest role in turning Graceland into the booming tourist success that it is today. DeJonge is known for appearing in ABC1’s Hiding, the film The Visit, and Netflix’s The Society.

Dacre Montgomery is taking on the rebellious role of Steve Binder, who was best known for his work in directing and producing Elvis’s ’68 Comeback Special. You may have seen Montgomery on the show Stranger Things, and in the 2017 reboot of Power Rangers.

We’ll be seeing Kelvin Harrison Jr. playing the role of the legendary B.B. King, who was an influential music figure in history who defined blues with his skills on the electric guitar along with his unique vocal skills. Harrison Jr. was seen in the film It Comes at Night, The High Note (2020), The Trial of the Chicago 7, and Cyrano.

Click for next Article
Previous article: Why Singer Sheryl Crow Is Happy She Never Got Married
Next Post: ‘The Nanny’ Star Fran Drescher Says Musical Adaptation Moving At A ‘Good Pace’