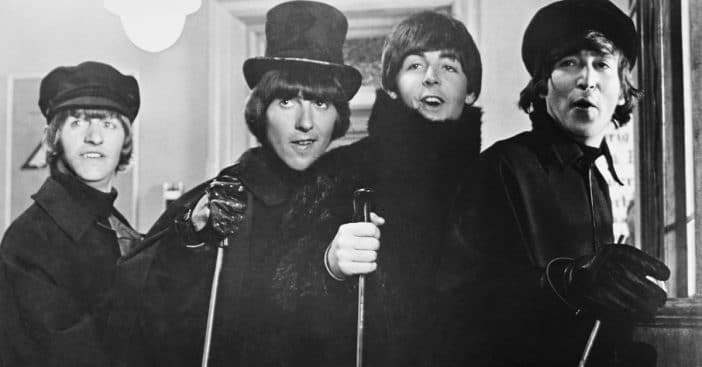 Since the rock band officially changed its name to The Beatles in August 1963, the story behind the name has been unclear. Regarded as the most influential band of all time, the group, of course, was comprised of John Lennon, Paul McCartney, George Harrison, and Ringo Starr.

The band had undergone several name changes — the Blackjacks, the Quarrymen, Long John and the Silver Beetles, the Silver Beetles, and finally, The Beatles. The band members have been asked on a number of occasions about the origin of the name “Beatles.” While there are different, and oftentimes conflicting takes on it, one thing remains constant: they loved the pun.

Different explanation for the name, The Beatles

Some people believe that the name originated from Cynthia, Lennon’s first wife. She reportedly came up with the moniker in a drunken brainstorming session, inspired by Buddy Holly’s band named “The Crickets.”

Another version of the origin story came from Derek Taylor, the band’s publicist. According to Derek, the name can be traced back to the 1953 movie, The Wild One. However, it is unlikely that this is correct as the movie was banned in the United Kingdom until 1967.

Lennon would offer up a couple different explanations about the name. In the pages of a 1961 edition of the Mersey Beat newspaper, he said, “It came in a vision — a man appeared on a flaming pie and said unto them, ‘From this day forward, you are The Beatles with an A!’ Thank you, Mister Man, they said, thanking him.”

In another conversation, Lennon said the spelling was deliberate; that they wanted to infuse music into the name. “It was beat and beetles, and when you said it, people thought of crawly things, and when you read it, it was beat music.”

It’s not far-fetched to refer to The Beatles as the greatest band of all time. They had outstanding success in the Billboard chart history. Some of their top hits include “I Want to Hold Your Hand,” “Hey Jude,” “The Long and Winding Road,” “A Day in the Life,” “She Loves You,” “Let it Be” and “Yesterday.” As of 1999, “Yesterday” had been played more than seven million times. Since its release, more than 3,000 musicians have released their covers of the song.

In 1964 the band had their first concert in the US, at the Washington Coliseum in Washington DC. They performed in front of 8,092 fans.

The Beatles have received seven Grammy Awards, four Brit Awards, and an Academy Award and are a member of the Rock and Roll Hall of fame. The Beatles also held the Guinness World Records title for the best-selling group. One could sense the band’s harmony and abundance of talent in their songs and performances.

What Happened to the Beatles?

In 1970, the band decided to go their separate ways. Before that, in 1966, they chose to stop what had become endless touring and, taking a major risk, elected to focus on their music by being a studio band instead. Needless to say, the gamble paid off.

The Beatles performed publicly for the last time in 1969, on the rooftop of their office building, Apple Corp., as chronicled in the Disney+ documentary Get Back.  Some believe that the sudden death of their manager, Brian Epstein in 1967 contributed to their breakup as they began managing themselves. In the end, musical differences, personal differences and business matters are what really tore them apart.