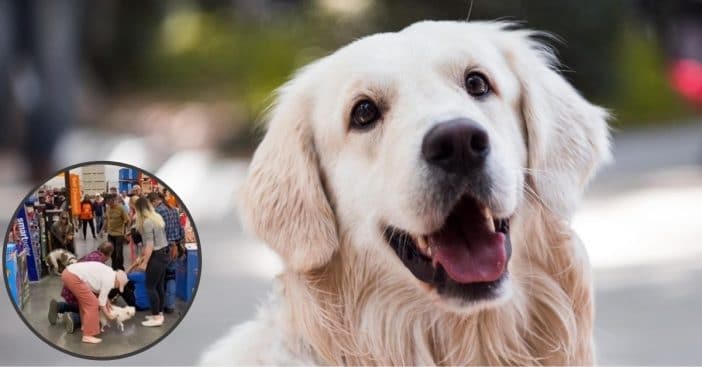 On April 20, a Tiktok video was uploaded by @wtfisthis211 and has generated more than 6,000,000 views. In the video, two dogs appear to be fighting and a small crowd pulls them apart. The buyers were left in shock as they watched the scene unfold. As the dogs were pulled apart, two women hurried to grab the smaller dog’s belongings and leash, which had been left in the hallway.

Another woman, who is presumed to be the owner, was seen visibly distressed. She asked for the other dog’s name and asked for the police to be called. The video has sparked a debate as many users on TikTok and other platforms debate whether dogs should be let into stores.

Should we allow dogs into stores?

One of the comments that have been made is, “Why are dogs first in the store???” Another user who had been in a similar situation left a comment saying, “No dogs should be allowed in regular shops, only pet shops. I was in a regular store between two dogs about to try it in line.”

Another user said, “The pit bull is on leash. The smaller dog is not. Most lil dogs tend to be big bullies. Who knows what really happened but that lady is super extra.” Another added, “It’s amazing how they immediately blame the Pitbull when it’s on a leash and the little dog is not. Haha old lady’s fault. Keep your dog on a leash!”

The National Canine Research Association of America agrees that dogs are allowed in most Home Depot stores. In their own words, they say, “Yes, most Home Depot locations allow dogs inside, even though that’s not the official corporate policy.” As a large retailer of any kind in the United States, it’s not uncommon to see dogs shopping around with their owners.

In 2011 at a Home Depot store in Ottawa, Canada, a dog bit off the tip of a woman’s nose as she bent down to pet it. The dog owner was fined $600 under the Animal Control Act. After the incident, Home Depot updated its policy on allowing pets into the stores. The company banned pets, except service animals, from all their Canadian stores. 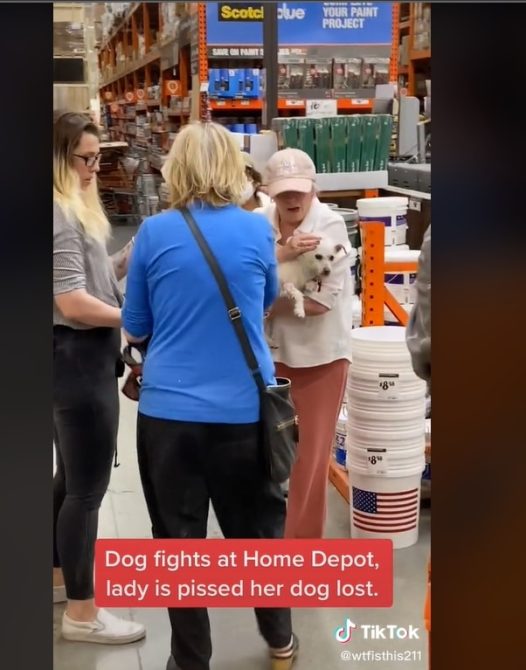 Many grocery and food stores prohibit animals from entering, as the presence of an animal could cause some sanitation risks. One argument for pet-friendly stores is that allowing pets into your stores could drive up your revenue as a store owner.

In many countries, pets are regarded as part of the family. With this notion in mind, excluding dogs from an activity such as shopping can be considered Unjust. According to an article on the Basic Psychological Need Fulfillment in Human-Pet Relationships and Well-being, human-pet relationships are as intimate as human-human relationships.

Some people argue that not letting people shop with their pets could contribute to consumer vulnerability, where the shopper is unable to engage effectively. The rule is different for each store. Some stores allow service animals, while some have a firm policy against any pet. Some stores even hand out treats to dogs.

Click for next Article
Previous article: Whoopi Goldberg Lived Up To Her Name In Fart War With Robin Williams And Billy Crystal
Next Post: Take A Look At These Photos Of Dolly Parton’s Childhood Home