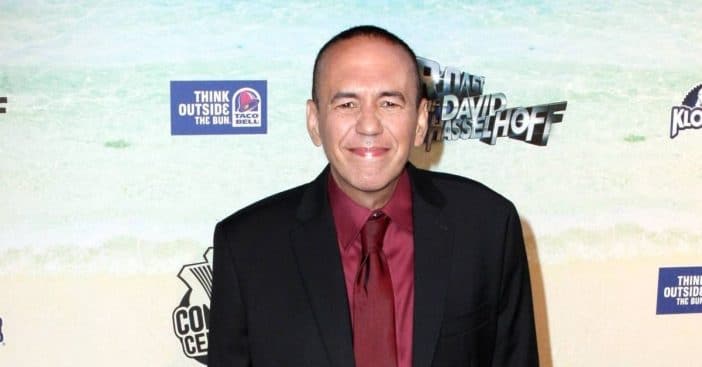 The late Gilbert Gottfried’s family shared a tweet via his official account asking people to donate to the research of the debilitating Myotonic disease- which was the disease that took Gottfried’s life.

“In Honor/Memory of Gilbert Gottfried who passed “Too Soon” of Myotonic Dystrophy Type Two: Instead of flowers, please consider a donation to the research of this debilitating disease. Donate here,” the tweet said, with the donation link attached. “Thank you so much, Dara, Lily, and Max Gottfried,” the tweet concluded.

The Brooklyn-born actor and comedian’s career began when he was fifteen when he had his first routine on stage during a Hootenanny Night event at The Bitter End nightclub in Greenwich Village, New York City. Encouraged by his sisters, he continued his routines and became known as the “comedian’s comedian” in the area.

Also, Eric Falwell acknowledged him in The Atlantic: “Gottfried’s work as a stand-up shaped many comics today, whether they would say as much or not. He was a figure who … pushed stand-up to move beyond the realm of the merely observational and create space for the absurd,” Eric wrote.

In 1980, Gottfried joined Saturday Night Live as a cast member for the sixth season. His most beloved roles were voicing the Macaw Lago in Aladdin and Kraang Subprime in Teenage Mutant Ninja Turtles. Furthermore, he became an author in 2011, publishing his only book,  Rubber Balls and Liquor. His career flourished as he expanded into acting, game shows, and podcasts. In January 2022, he guest-starred in the season finale of Smiling Friends.

Gottfried and Dara Kravitz first met in 1997 at a Grammy Awards party. Afterward, they got talking when he helped her retrieve some food she had dropped, and the two fell in love. The lovebirds dated for a decade and got married in 2007. They welcomed their first child and daughter- Lily Aster, that same year and their son Max Aaron, two years after Lily.

His wife, Dara, was an executive producer on his 2005 show Gilbert Gottfried: Dirty Jokes. ‘’…Gilbert was a wonderful husband, brother, friend, and father to his two young children…” was said in tribute to him after his death.

The beloved actor, known for his shrill voice, was diagnosed with myotonic dystrophy type II, which caused him to suffer from recurrent ventricular tachycardia. Unfortunately, the disease took his life at the age of 67. Meanwhile, the Genetic and Rare Diseases Information Center described the condition as inherited dystrophy that affects the muscles and other systems and results in an abnormal heartbeat.

The actor died in Manhattan on April 12, 2022, and is survived by his wife Dara, his daughter and son- Lily and Max, his sister Karen and nephew Graham. In a bid to honor the late comedian, the Ebertfest film festival announced that their 2022 event would be dedicated to the memory of Gottfried, alongside Sidney Poitier.

Finally, the family is asking for support from friends and fans to donate money for further research into the rare disease, which they described as “debilitating.”

Click for next Article
Previous article: Michael Strahan Shares A Rare Glimpse Into His Family Life
Next Post: Royal Family Shares Picture Of The Queen When She Was Two Years Old To Celebrate 96th Birthday