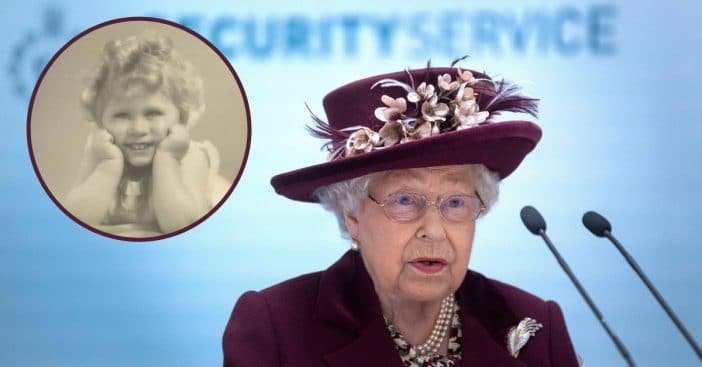 The world’s longest-serving monarch, Queen Elizabeth, clocks 96 today, and the royal family celebrates her by posting a throwback picture of her when she was two years old.  The royal family posted a cute birthday picture of the Queen as a 2-year-old to celebrate her birthday. Although the formal celebration will occur in June, the post summarized how the  Queen became the first longest-serving monarch in British history.

Queen Elizabeth, with the wide smile

The cute photo shows the beautiful queen lying on her stomach with her two arms supporting her chin and a pretty wide smile across her face. Obviously, the queen has had her beautiful hair curls from birth. Undeniably, for the royal family to share such a rare photo with the world is surprising, but it’s a significant milestone in the Queen’s life, so it’s understandable, and we love to see it.

Prior to the throwback photo, the royal family released a new portrait of the Queen taken a month ago, a day before her birthday. The photo features the Queen in a green caped gown, standing between her two favorite ponies, Bybeck Nightingale and Bybeck Katie.

The Duke and Duchess of Cambridge also Paid Their Tribute

Also, Prince William and Catherine didn’t hesitate to give their heartfelt tribute to the Queen on their Instagram page, “Wishing Her Majesty The Queen a very happy 96th birthday today!” They posted this alongside a photo of the duo with the Queen. Additionally, they called the Queen an inspiration to many.

“An inspiration to so many across the UK, the Commonwealth, and the world, it’s particularly special to be celebrating in this Platinum Jubilee year.”

However, Prince William and Catherine aren’t the only royal family members that appreciated the Queen. Prince Charles and Camilla, Duchess of Cornwall, also posted numerous pictures on their page to celebrate her 96th birthday and the Platinum Jubilee, “Wishing Her Majesty The Queen a particularly special 96th birthday today, as we celebrate her Platinum Jubilee year. 🎊🎈.”

Click for next Article
Previous article: Gilbert Gottfried’s Family Asking For Donations To Research ‘Debilitating’ Myotonic Disease
Next Post: After Rudy Giuliani Is Unmasked On ‘Masked Singer,’ One Of The Judges Stormed Off