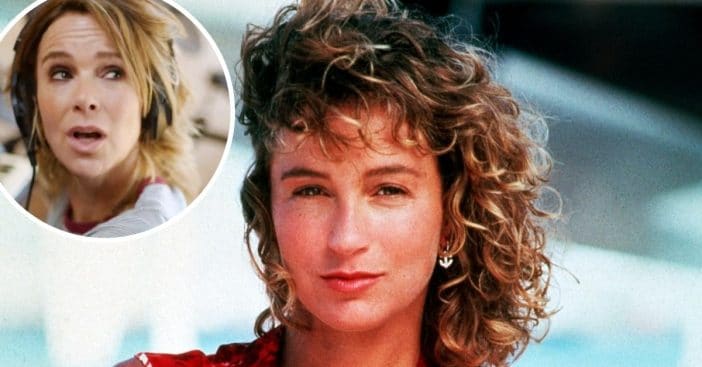 In her new memoir, Jennifer Grey claims that she was shunned by Hollywood after having two nose jobs. She rose to fame in the film Dirty Dancing with Patrick Swayze. She admitted she was always self-conscious about her nose and her mother even encouraged her to get a nose job. Her mom thought it would help her career.

However, after two nose jobs, she became unrecognizable to her fans and even fellow movie stars. Jennifer recalls a time when Michael Douglas didn’t recognize her at a red carpet event and she felt strange that she had become invisible, in a sense.

She shared, “That was the first time I had gone out in public. And it became the thing, the idea of being completely invisible, from one day to the next. In the world’s eyes, I was no longer me. And the weird thing was that thing that I resisted my whole life and the thing I was so upset with my mother for always telling me I should do my nose. I really thought it was capitulating. I really thought it meant surrendering to the enemy camp. I just thought, ‘I’m good enough. I shouldn’t have to do this.’ That’s really what I felt. ‘I’m beautiful enough.’”

Upon reflecting on why she felt that Hollywood left her behind, she said, “I spent so much energy trying to figure out what I did wrong, why I was banished from the kingdom. That’s a lie. I banished myself.”

These days, she said she feels much more comfortable in her skin and is currently working on the Dirty Dancing sequel. She is also releasing a memoir about her experiences called Out of the Corner, referencing the iconic line from Dirty Dancing, “Nobody puts Baby in the corner.”

Click for next Article
Previous article: Incredible Secrets You Won’t Believe About ‘Captain Kangaroo’
Next Post: Mom Catches Grandpa And Baby Catching Some Zzz’s Together In Adorable Video