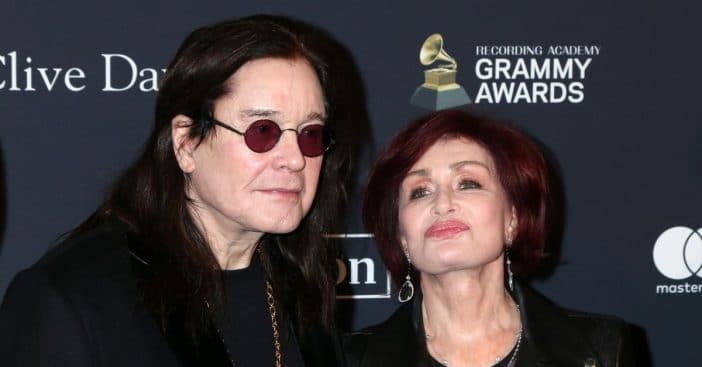 With excitement for the couple, her fans shared their thoughts in the comment section of her Instagram page. One of her fans wrote: “Love Ozzy,“ while another wrote: “Surely we need Sir Ozzy and Lady Sharon next?” Both are national treasures.” A third one commented: “They need to give you a star too, Sharon! I say so! tell the powers that be!”

Sharon started courting Ozzy Osbourne after she began overseeing his solo music career. She previously knew him at the age of 18. Ozzy got married to Sharon in 1982. The lovebirds have always been there for each other through thick and thin, in good and bad times. Sharon intended to shower her husband with love after he had reached a new professional milestone.

Their marriage is blessed with three kids: Kelly, Aimee, and Jack. However, their kids like to stay away from the limelight. Jack Osbourne had three daughters with his ex-wife, Lisa Stelly, making Ozzy and Sharon grandparents.

The Osbournes Renewed their Vows

Though Ozzy and Sharon Osbourne have had issues in their relationship, this occasion was an opportunity for a fresh start and to celebrate how much they loved each other. The couple renewed their vows romantically at the Wynn Hotel in Las Vegas in 2017. The procession was a private one; their three children were unaware of it.

“This is a new beginning. I think that everyone should reaffirm their marriage,” Ozzy said in an interview with HELLO!  “When I walked out of the ceremony, I felt entirely refreshed. I knew my wife loved me, and she, too, knew that I loved her so much. I am very excited about whatever destiny holds for us.” The musician shared.

“Ozzy” John Michael Osbourne was born on December 3, 1948, in Birmingham, England. He is the fourth child of his parents; he has three older sisters and two younger brothers. Since primary school, he has been known by the nickname “Ozzy.”

He quit school at age 15 and worked as a construction site laborer, a trainee plumber, an apprentice toolmaker, and a car factory horn-tuner. The music star attributes the Beatles and their song “She Loves You” (1963) as what motivated him to seek music.

Ozzy Osbourne is the lead vocalist of the heavy metal band Black Sabbath. He is an English television personality, singer, songwriter, and actor who possesses a net worth of $220 million

Sharon Rachel Levy was born on October 9th, 1952, in London, England. She was the daughter of music promoter Don Arden, a pioneer in the British rock and roll scene. However, she acknowledged that she was nurtured in a relatively chaotic family with a brother. Her dad had firearms in his possession, and he would repeatedly threaten his business partners.

The Talk star Sharon Osbourne is also a music manager, promoter, and reality TV star who has a net worth of $220 million. This is her net worth combined with her rock star husband, Ozzy Osbourne.

RELATED: Ozzy Osbourne Is Concerned He May Never Tour Again

Click for next Article
Previous article: Crystal Gayle Shares Rare Photo Of 90-Year-Old Loretta Lynn On Her Birthday
Next Post: Who Will Become The Next Permanent Host Of ‘Jeopardy!’? Fans Weighs In