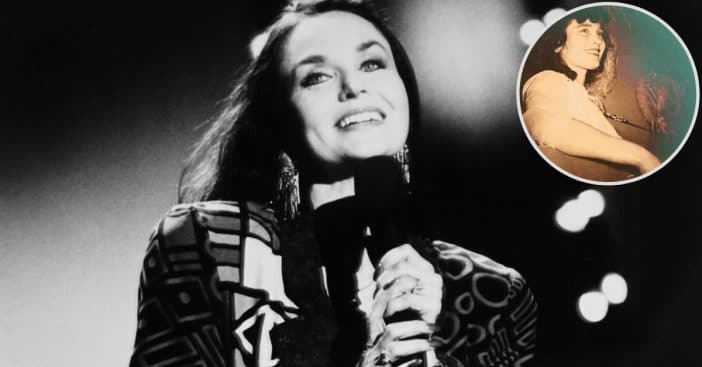 Crystal Gayle has shared a rare photo of Loretta Lynn on her 90th birthday. Gayle was just nine years old when Lynn, her older sister, released her first record, “I’m a Honky Tonk Girl” in 1960. And Gayle would then go on to follow in her big sister’s footsteps, enjoying a musical career of her own with her own critically acclaimed success.

The two have, of course, collaborated over the years as well, which fans have loved. So of course, it made sense that Gayle was one of the first people to wish Lynn a happy 90th birthday, a milestone.

Several people in the country music scene posted their own tribute messages to Lynn for her birthday, including Alan Jackson, Reba McEntire, Carly Pearce, Carrie Underwood, Tim McGraw, Faith Hill, Ashley McBryde, and Dolly Parton. Those tribute messages came in the form of a video, each one being meshed into a montage for Lynn posted by her team on her Instagram account. Along with the sweet video messages were collections of photos and videos of Lynn throughout her stellar music career.

Happy Birthday ⁦@LorettaLynn⁩ 🎶🌺🎶 You are a great sister! Love you❤️ This is one of my favorite pictures🎶🌸🎶 pic.twitter.com/wFqcig2IjW

In the photo Gayle posted to her Twitter account, it shows a young Lynn holding a guitar. “Happy Birthday Loretta Lynn! You are a great sister! Love you…This is one of my favorite pictures,” the caption reads. According to classicountrymusic.com, the photo is so rare, it hasn’t even been found on Google previously.

Click for next Article
Previous article: ‘Grease’ Star From The Original Films Has Been Arrested For Burglary And Trespassing
Next Post: Sharon Osbourne Congratulates Husband Ozzy Osbourne On Hollywood Walk Of Fame Milestone