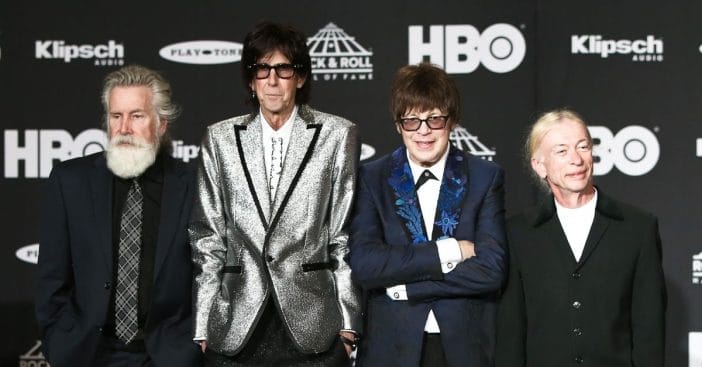 The Cars drummer David Robinson had always hoped for one last reunion. Unfortunately, that dream was shattered when Cars frontman Ric Ocasek passed away in 2019 at the age of 75. Prior to that, bass player and singer, Benjamin Orr died in 2000.

The Cars began in the late ’70s and rocked the music scene. A decade later they split up, just like that. They reunited for one last time for another album and tour in 2010. David revealed that it had been Ric’s idea. Ric left the band in the ’80s to pursue a solo career but decided to see if his former bandmates wanted to create some new music together. They all jumped on the opportunity.

David said, “We did it just like we did our first two or three albums. We recorded some of it at Ric’s house and some of it in a small studio near his house. And we didn’t particularly care about how it’d be received. I thought people might be thinking that we were going to try to make it sound like we used to sound, but we don’t work that way. We just made another record with the same guys.”

RELATED: The Cars Frontman Ric Ocasek Cause Of Death Revealed To Be Heart Disease

David also spoke about the shock of Ric’s passing. He said they spoke on the phone about six months before he died. When Ric passed away, he said it really hit him that they couldn’t make another Cars record. He added, “Some bands might try to form a band around people that weren’t really key members. And we would never have done anything like that. I felt lucky that we had done that last album in 2010. It wasn’t going to be the same without Ric.”

Even though the band has retired, David said that the three surviving bandmates still work on Cars business, among other things. He shared, “We still sell records. We still do work on our catalog. I don’t do too many interviews unless something specific comes up. But I have a business. I have an antiques shop/art gallery.”