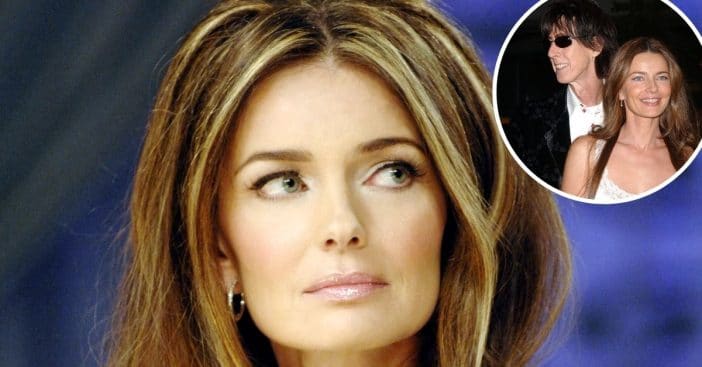 Paulina Porizkova recently opened up about her turbulent marriage to the late Cars frontman Ric Ocasek. She said that when they were together, he was very controlling and essentially controlled her whole life. Paulina spoke to Amanda de Cadenet on her podcast.

Paulina said, “He didn’t want me to do anything. He didn’t want me to go anywhere. He wanted me to be within his circles at all times. I was his sole emotional provider for everything, and I confused that with love.” She believes part of it was their age difference and she felt more like a “treasured possession” of Ric’s. She was 24 and he was 45 when they got married. They had two sons together.

She added, “It was a collective thing that just stuck with me forever, and I still feel that way, which, of course, is remarkable then that me, [a] self-proclaimed feminist, goes and marries a guy who tells her how to dress.” Ric died in 2019 and the pair separated just a year before his death. She took care of him until the end and was shocked to find out that he cut her out of his will.

These days, Paulina revealed that she is still working past her feelings of betrayal and grief, while also going through menopause. However, she is hopeful about the future and is working on herself.

RELATED: Paulina Porizkova Admits She Is Working On Forgiving Her Late Husband’s Past Betrayals

Click for next Article
Previous article: This Tool Gives White Christmas Updates For The 2021 Holiday Season
Next Post: The Finale Was Not The Last Episode The ‘M*A*S*H’ Cast Filmed