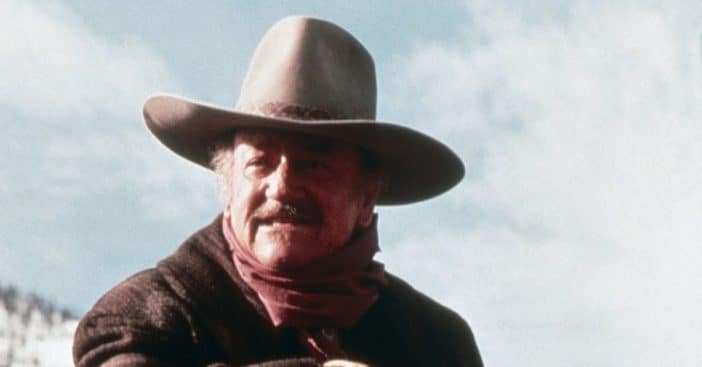 John Wayne was an iconic actor that sadly passed away after several bouts of cancer. His last role was very close to home as he played a gunfighter dying of cancer in The Shootist. His final public appearance was at the 1979 Oscars and he shared a touching speech.

He said, “Thank you, ladies and gentlemen. That’s just about the only medicine a fellow could ever really need. Believe me when I tell you that I’m mighty pleased that I can amble down here tonight. Well, Oscar and I have something in common. Oscar first came to the Hollywood scene in 1928. So did I. We’re both a little weather-beaten, but we’re still here and plan to be around for a whole lot longer.”

Then, John announced the five nominees for the outstanding picture of the year. That year they were The Deer Hunter, Coming Home, Midnight Express, An Unmarried Woman, and Heaven Can Wait. He announced The Deer Hunter was the winner and helped hand out awards.

Unfortunately, a few months later he ultimately died of stomach cancer. He had been bravely going through trials to help scientists work on a vaccine. He was 72 years old at the time of death and was survived by his wife Pilar Pallete and his seven children. The kids now work together on a foundation to help cure cancer.

Watch John’s speech at the Oscars below and relive the moment that happened back in 1979. Then comment and tell us, what was your favorite John Wayne movie?

Click for next Article
Previous article: At 76, Lauren Chapin From ‘Father Knows Best’ Gives Abuse Survivors Help She Never Had
Next Post: Delta Burke From ‘Designing Women’ Is 65 And Pulling At Heartstrings With Dolly Parton