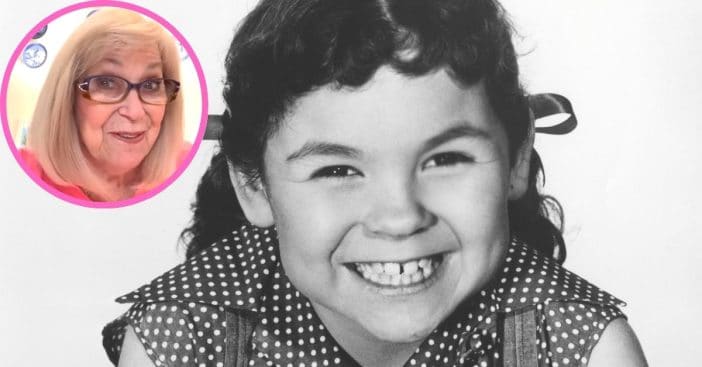 Kids growing up in the ‘50s knew one important truth: Father Knows Best. The wholesome Anderson family was what everyone else aspired to be, but not everyone in the cast enjoyed equally safe lives before and after their time on the show. In particular, Lauren Chapin, who played the adorable Kathy “Kitty” Anderson, fought many demons throughout her life.

Lauren Chapin was born on May 23, 1945 in Los Angeles, California. She started on Father Knows Best when she was roughly nine but her own childhood before the show was wildly different from Kitten’s, as Chapin revealed in an interview on Live! with Regis and Kathie Lee.

Where can someone feel safe when the danger is at home?

In that interview, Chapin revealed that she had been sexually abused by both her father and a friend of his she referred to only as “Uncle.” She discussed this further in her autobiography Father Does Know Best: The Lauren Chapin Story. The beloved series gave her a fast foothold into the industry, as she left with roughly 200 episodes under her belt, but the ‘50s classic would be a high note for her. Her acting siblings faced a similar fate, with brother Billy best known for his own work as a child star along with brother Michael. However, even Billy would enjoy a greater workflow than his sister, including multiple episodes in Dragnet. Michael also appears in It’s A Wonderful Life.

RELATED: The Cast Of ‘Father Knows Best’ Then And Now 2022

The experience did net her five Junior Emmys for Best Child Actress. But, she revealed, “I couldn’t get a job. I’d been typecast as Kathy Anderson. The more I didn’t work, the more my mother drank and the more belligerent I became. I started running away from home. I became an incorrigible child.” She is also credited with the statement, “If you love your children, you will keep them out of show business.” In place of acting gigs, Chapin ended up taking a variety of jobs, from dog groomer to cocktail waitress, from insurance claims examiner to flight attendant. By 1962, when she was about 16, she was married to a man named Jerry Jones but within two years they split up. Then came the battle with addiction.

How old is Lauren Chapin now?

Her own mother, listed as Summer-Healy Chapin, allegedly battled Chapin in court to claim her $90,000 trust fund money; it is reported that Chapin could only secure $19,000 for herself. In place of cash, she got hooked on diet pills, speed, and heroin. She was also arrested for forging a check, which she says marked “the beginning of several years in and out of jail.” This also marked a turning point; Chapin went through rehab, found religion, became an ordained minister, and reformed her life.

Kathy Garver includes a profile of Chapin in her book X Child Stars: Where Are They Now? On her own terms, Chapin now manages actors and singers, and she herself performs in interactive versions of Father Knows Best for public events. Her life and insights can also be found on her personal website Lauren Chapin Knows Best. She thanks her faith with helping her through life, and it has seen her become an “Honorable Mayor” in Florida, Texas, and Oklahoma. With this platform, she is an advocate for underprivileged and abused children; she has reportedly donated over $2 million to helping this demographic. Today she is 76 and also seems to have received recognition for her involvement in the arts, including by big names on Broadway, and she is active on YouTube with her own channel sharing anecdotes and words of faith.