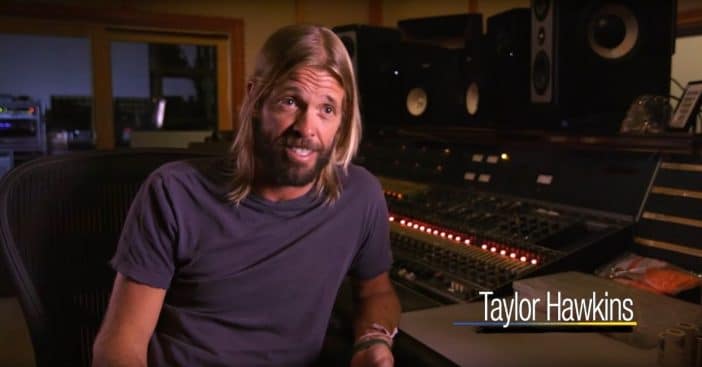 After it was reported that Taylor Hawkins, the longtime drummer of the Foo Fighters, passed away, tributes have been pouring in from all over through the entire music scene. Hawkins was 50 years old, and the sudden passing caused a wave of shock for everyone, specifically those in the rock music scene who were close with him and the band.

There were no immediate or additional details of his death except that it was a “tragic and untimely loss.”

Ringo Starr paid tribute, saying, “God bless Taylor peace and love to all his family and the band peace and love.” Tom Morello, the guitarist of the band Rage Against The Machine, wrote on Twitter, “God bless you Taylor Hawkins. I loved your spirit and your unstoppable rock power.”

The Smashing Pumpkins band account tweeted out, “Taylor Hawkins 1972-2022. Our deepest sympathies to Taylor’s family, his fans, and of course his band.” And, of course, Ozzy Osbourne writes, “@TaylorHawkins was truly a great person and an amazing musician. My heart, my love and my condolences go out to his wife, his children, his family, his band and his fans. See you on the other side – Ozzy.”

Many were dumbfounded by the news, such as Blink-182’s Travis Barker who said, “I don’t have the words. Sad to write this or to never see you again.” He additionally recalls the memories he has with him when Blink-182 and Foo Fighters toured together in Australia. “I have the best memories of smoking cigarettes in the restroom of flights we were on together and watching your set every night. To say I’ll miss you my friend isn’t enough. Till the next time we talk drums and smoke in the boys room … Rest In Peace.”

Actor and musician John Stamos also shared his condolences and sympathies, sharing the last text he received from Hawkins. “This was Taylor Hawkins’ last text to me: ‘Ya We’ve yet to fully have a hang -Got a put that s— together before we die’ Wise words from my friend- put that s— together! I’m so f—ing sad. Another one gone too soon.”

Other musicians who chimed in include Queen’s Brian May, Paul Stanley of KISS, Gene Simmons, and the band Nickelback. Hawkins first played in a small Southern California band called Sylvia before he stated on his first major gig, drumming for Canadian singer Sass Jordan. He would go on to spend the majority of the early ’90s drumming for Alanis Morrisette before he was offered the job to drum for the Foo Fighters.

Click for next Article
Previous article: Karen Carpenter Is Hypnotic In “Rainy Days and Mondays” With Isolated Vocals
Next Post: The Brilliance Of Red Skelton: Comedy Without Profanity