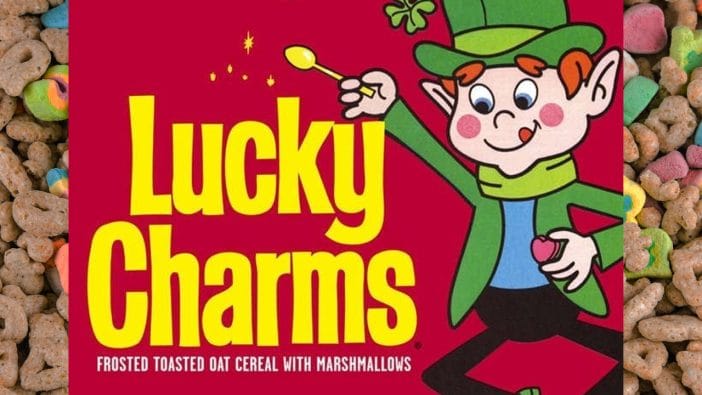 However, some people are beginning to think it’s a bit racist—an ethnic stereotype, at best.

“I would say that if Leprechauns existed, and did not all look like him, then yes, it would be. Otherwise, no, it is just a cartoon character,” one person says, adding, “Leprechauns are not real. Is Count Chocula racist? Is Cap’n Crunch racist? Is Tony the Tiger racist? No. Neither is Lucky.”

RELATED: Do You Remember These 10 Sugary Cereals From The ’50s?

Another person says, “It’s not a racist caricature, it’s more a xenophobic or an ethic discriminatory caricature. Sadly, this happens regularly in regards to Irish people and what people convey as Irish culture.”

Others think it’s just a bunch of nonsense. “By simply changing the individual, you see this brutally clear. According to these responses, Aunt Jemima is not a racist caricature either. Liberal hypocrisy, truly, has no boundaries, for it justifies and can justify any posture it pleases.” They concluded with, “When you break it down to the core, the Irish aren’t offended by anything; “they aren’t whiners.””

Some people are totally understanding of how times have changed, and that even innocent stereotypes are not “acceptable” in this day and age. Someone writes, “More “ethnic” than “racist”, and it’s a national stereotype more than anything. But, yes, it’s a silly stereotype of the sort that was once common, but really isn’t acceptable anymore.”

RELATED: Where Are They Now: Mikey, The Life Cereal ’70s Commercial Kid