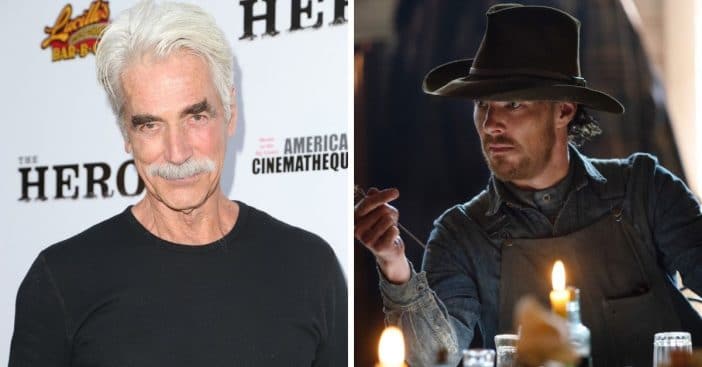 Sam Elliott recently came out with his own criticism for the Western The Power of the Dog. During an episode of WTF With Marc Maron, the 77-year-old actor was asked about the film, to which he responded, “You want to talk about that piece of s–t?” Elliott is clearly not pleased at all with all the Oscar buzz surrounding the film.

“I thought, what the f—?” Elliott said of the movie. “This is a guy who has done Westerns his entire life. ‘The evisceration of the American myth,’” he says, referencing a full-page ad from The Los Angeles Times that called the film an evisceration of the American myth. “It looked like — what are all those dancers, those guys in New York that wear bow ties and not much else? Remember them from back in the day?”

“Oh, the Chippendales?” Maron confirmed, to which Elliott says, “That’s what all these f–k-ng cowboys in that movie looked like. They’re all running around in chaps and no shirts. There’s all these allusions to homosexuality throughout the f—ing movie,” Elliott said.

Maron responds, “Yeah, I think that’s what the movie’s about,” referencing that Benedict Cumberbatch’s character, Phil Burbank, is a closeted homosexual.

Elliott then moved his focus over to director, Jane Campion, who is nominated for three Oscars this year. “[Jane Campion’s] a brilliant director, by the way. I love her work, previous work,” Elliott says. “But what the f— does this woman from down there, New Zealand, know about the American West? And why in the f— does she shoot this movie in New Zealand and call it Montana and say, ‘This is the way it was?’ So that f—ing rubbed me the wrong way, pal.”

He continues, “I mean, Cumberbatch never got out of his f—ing chaps. He had two pairs of chaps — a wooly pair and a leather pair. And every f—ing time he would walk in from somewhere … he never was on a horse, maybe once — he’d walk into the f—ing house, storm up the f—ing stairs, go lay in his bed in his chaps and play his banjo. It’s like, what the f—?”

Elliott had one last thought to wrap up his criticisms: “Where’s the Western in this Western?… I took it f—ing personal, pal.”

Click for next Article
Previous article: Couple Finds Pearl That Could Be Worth Thousands Inside Clam At Restaurant
Next Post: Pat Sajak Responds To ‘Wheel Of Fortune’ Round That Took Social Media By Storm