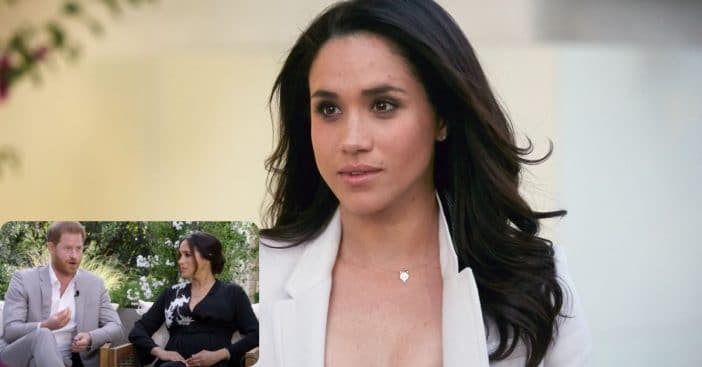 One of Meghan Markle’s dresses was named Dress of the Year by The Fashion Museum in Bath for their headline exhibition titled A History Of Fashion In 100 Objects. It comes both as a surprise and not-so-much a surprise to learn that the dress named Dress of the Year was the dress Markle wore during her explosive tell-all interview with Oprah Winfrey.

The creators of the exhibition commented on the black dress, calling it a “symbolic association with rebirth, self-regeneration and spiritual enlightenment, and its ability to flourish despite seemingly challenging conditions.”

Dazed magazine’s Ibrahim Kamara and Gareth Wrighton chose the dress, stating that the dress was chosen due to its “cultural significance.”

“In today’s hyper-stylized pop culture, the Dress of the Year now has the potential to also be ‘meme of the year’ and we both latched upon Meghan and Harry’s now-iconic interview with Oprah as the definitive anti-establishment moment that will forever endure in the British collective consciousness,” the fashion experts said.

The interview, itself, also held extreme significance as the tell-all shocked people close to Markle’s inner circle as well as people around the world. The interview touched on instances of members of the Royal family being “concerned” about Archie’s skin tone, heightening racism allegations amongst the Royals. “This look now, through sheer association with a viral television moment, is firmly ingrained in our pop culture psyche,” the fashion experts added.

Markle and her husband, Prince Harry, first began to make headlines when they announced they would be stepping down as working Royals. Since the explosive Oprah interview, the two have remained pretty low-profile for the most part as they’ve recently welcomed their second child, Lilibet, as of June 2021.

Click for next Article
Previous article: Betty Buckley of ‘Eight is Enough’ Is 74 And Still Finding Herself Drawn To Acting
Next Post: Arnold Schwarzenegger’s Son, Patrick, Shares Sweet Message To Girlfriend On Her Birthday