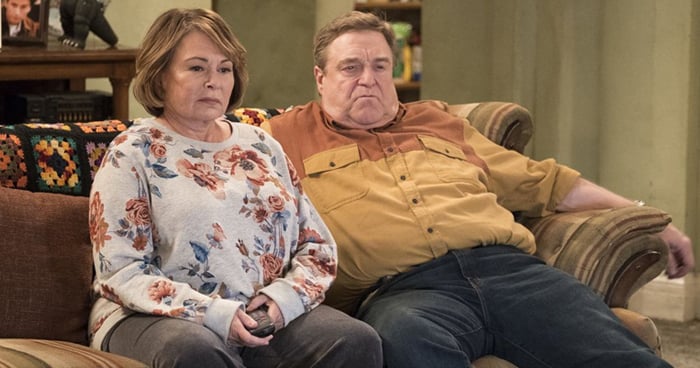 After just one season, ABC has pulled the plug on the Roseanne reboot. On May 29, 2018, following a racist Twitter rant by Roseanne star Roseanne Barr, ABC announced they were canceling the show.

The cancellation came as a shock to many people, but ABC explained they could not stand behind someone who made comments like the ones Roseanne did.

In May 2017, ABC announced they were bringing back the iconic sitcom. Almost all of the original cast members returned to the show, which premiered on March 27, 2018.

In addition to Roseanne Barr and John Goodman, other cast members who came back included Laurie Metcalf, Sara Gilbert, and Michael Fishman.

The Roseanne revival did extremely well — it quickly became the highest rated comedy on any network in four years.

Just three days after the first episode aired, ABC said they would bring back the show for another season — all that changed on May 29, though, when Roseanne Barr had a Twitter outburst that angered fans all over the country.

Ever since the revival was announced, people have not been shy about sharing their opinions. Some were absolutely thrilled that their favorite show was coming back, but others were not looking forward to the reboot.

Roseanne Barr has always been known for her somewhat abrasive sense of humor, but she’s recently become very intolerant towards those with differences.

When Roseanne made a racist remark about a former President Obama advisor, she received a lot of backlash on Twitter. Even though she later apologized for what she said, it was too late; the damage was done.

Many fans expressed their disappointment and disgust with Roseanne after the incident. Some were surprised by what she said, while others thought it wasn’t out of character for her to be so insensitive.

Did you watch this season of Roseanne? Share this article with your friends if you’re surprised they canceled the show!

Previous article: College Student Uncovers Soldier’s Gravestone In His Basement, Learns He Fought In War Of 1812
Next Post: ‘Deadliest Catch’ Star Blake Painter Has Passed Away At Age 38