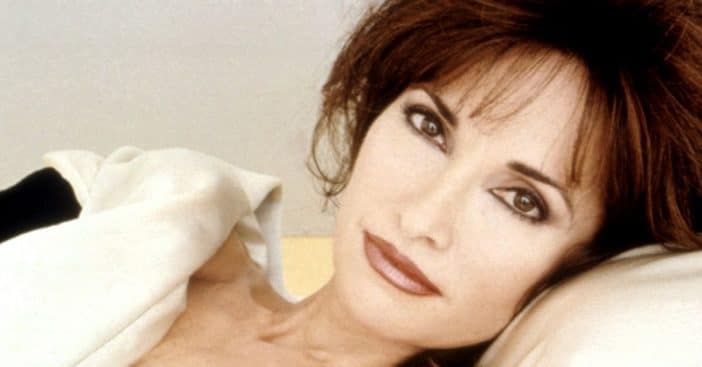 Actress Susan Lucci is opening up about her battle with heart disease, as well as undergoing a second procedure. The 75-year-old talked to Good Morning America‘s Amy Robach about the emergency heart procedure she underwent for a second time.

“I was having kind of a shortness of breath,” she says, adding that she also felt discomfort in her ribcage and her back, which were the same symptoms she endured the first time.

“I thought, ‘This is crazy. These are the same kind of symptoms that I had three years ago but it can’t be,'” she continues. “But when I lay down, I started to feel a sharp coming-and-going pain in my jaw.” That’s when she called her doctor, who advised her to head to the emergency room.

After undergoing a number of tests, the ER doctor was able to tell her that she had an 80 percent blockage in one of her arteries due to plaque buildup. She was then sent to a cardiac catheterization lab, where another stent was put in to open up the blockage.

“She wasn’t having a heart attack this time and she wasn’t unstable,” says Lucci’s doctor, Dr. Richard Shlofmitz, who is also the chairman of cardiology at St. Francis Hospital in Roslyn, New York. “But she had symptoms that were certainly concerning to me that something might be wrong.” Her doctor adds that if Lucci had waited it out any longer, it may have turned into a true emergency situation.

After dealing with her own heart issues, Lucci is now an advocate for the American Heart Association’s Go Red for Women campaign, which urges women to listen to their bodies and act quickly when things start looking strange. “Listen to your heart and act on [the symptoms],” Lucci says. “Give yourself permission to take good care of yourself. Be your own best friend. Be your own advocate. You’ll save your life.”