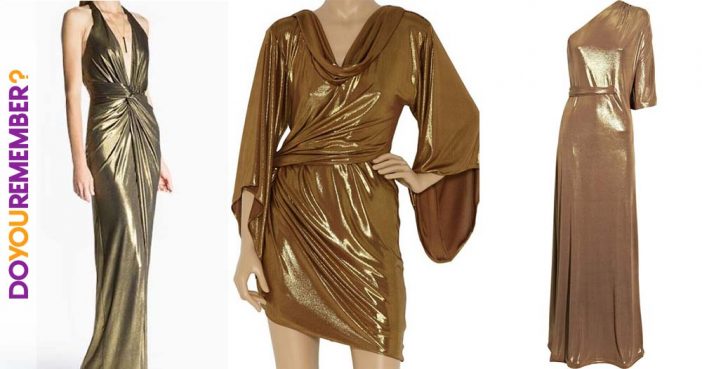 While it seems that only polyester permeated the ’70s, there was more to the decade than layers that didn’t breathe and platforms that were too tough to walk in. Beyond the over-the-top style, there was a heavy dose of glitz, glam and gold doled out by the likes of Halston and Italian fashion houses Gucci and Fiorucci. So whether you still swear by your Halston wrap coat or spend hours searching eBay for the 1970s Gucci that got away, here’s a glimpse of the designers that helped shape style for the decade.

Perhaps the most emblematic designer of the 1970s, Halston got his start as a milliner in the ’60s first for Bergdorf Goodman and then, most notably, for Jacqueline Kennedy. Soon after launching his eponymous line in 1968, Newsweek named him the best designer in America. The accolades kept pouring in through the ’70s at equal pace with drugs, booze and sex, all of which contributed to the designer’s demise. In 1973, Halston sold his name to Norton Simon Industries but many bemoaned the labels move to mass production. Though a common practice today, the decision to license out a brand was very controversial at the time.

A sort of retail version of Studio 54, Fiorucci’s Manhattan shop was complete sensory overload, with live dancing mannequins, loud displays and a staff more colorful than the clothes they were peddling. One employee said that wearing the brand was really a way of life. Disco may have died but Fiorucci’s over-the-top looks live on in Lady Gaga and, most recently, Miley Cyrus. As one die-hard Fiorucci fan once said, The straight world loves strange people.

While the brand’s legacy dates back to 1921, what Gucci did for style in the 1970s few fashion houses have been able to duplicate. It introduced the masses to a unique mix of audacity and class with the use of textures and shapes, including luxurious animal skins and lavish suede. The label embraced the incorporated the use of hardware and buckles in the ’70s and became a favorite of icons such as Grace Kelly and Jacqueline Onassis.