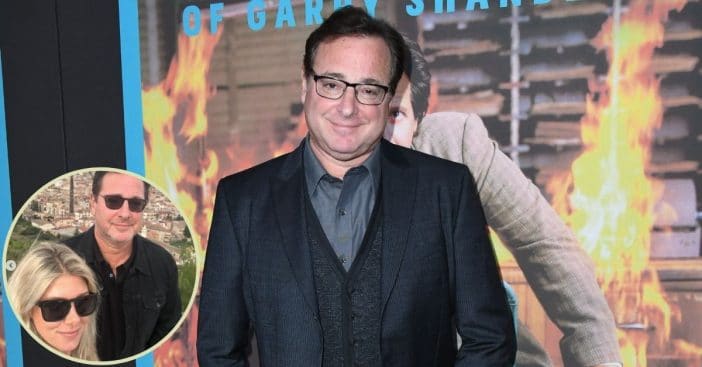 Bob Saget‘s wife, Kelly Rizzo, has shared a message following her husband’s sudden death. She reveals that she’s still very much coping with the sudden death, as we all are, and trying to wrap her head around it all. Even on her Instagram story, she got a little personal with followers and said she doesn’t even know how to describe her situation.

“I just don’t have the words yet,” she wrote. “But I will soon.” Despite the Instagram story saying she doesn’t how to describe the situation, she has released her own statement on the matter.

“My whole heart. Bob was my absolute everything,” she says in her statement. “I am so completely shattered and in disbelief. I am so deeply touched by the outpouring of love and tribute from our friends, family, his fans and his peers.” She adds that she plans to release a longer statement at some point in the future.

“When the time is right and when this news is not as raw, I look forward to sharing more of Bob with the world. Sharing how much he meant to me, all of those around him, and how much all of his fans and friends meant to him as well. Thank you for respecting my privacy at this time.”

His death came as a shock to everyone

Rizzo’s message came just hours after the news broke that Saget had died, and as such, no one could believe it. He was 65 and had just performed stand-up in Florida hours prior and was in great spirits. “We are devastated to confirm that our beloved Bob passed away today,” the Saget family wrote immediately after the news broke.

“He was everything to us and we want you to know how much he loved his fans, performing live and bringing people from all walks of life together with laughter. Though we ask for privacy at this time, we invite you to join us in remembering the love and laughter that Bob brought to the world.”

Saget and Rizzo got married in 2018 in Santa Monica, CA. He is also survived by three adult daughters and their mother, his ex-wife, Sherri Kramer.

RELATED: Bob Saget Was ‘Feeling Better’ After Recent COVID Diagnosis Before His Death

Click for next Article
Previous article: Willie Nelson Joined By Sons For Special “Move It On Over” Performance
Next Post: Sidney Poitier’s Daughter Remembers His Powerful Legacy: ‘No Prose Beautiful Enough’