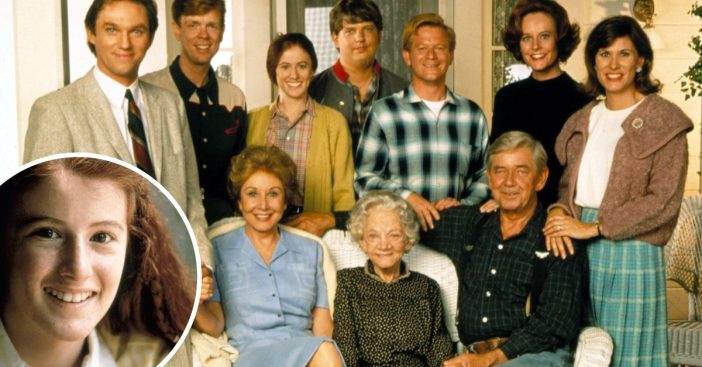 Kami Cotler, best known for her role as Elizabeth Walton, opened up about The Waltons getting another reunion. The cast has already had two reunions and recently celebrated a new cast bringing the film to life. Now, a potential reboot could be coming too! Kami said that another reunion is definitely a possibility.

She shared that the cast loves reunions because they actually like each other. She said, “For us it’s normal. I don’t think I even realized how strange it was until we were doing one of the reunion movies when I was an adult and some of the makeup people said, ‘Wow, you guys really like each other?’ They had done reunion shows where that was definitely not the case!”

The cast has even been known to reunite in real life. She said they get together for family events including weddings and even funerals. Kami said they are truly like a second family and whenever they get together, “it’s like a family reunion.”

RELATED: Why Kami Cotler Made The Perfect Elizabeth Walton On ‘The Waltons’

Kami credits the adults and older kids for creating such a tight bond among the cast. She added, “I think that the adults, including Richard, really set a tone of professionalism and just being nice. They really liked and respected each other and that went a long way.”

Even though they get along so well, Kami said that like any family, there were definitely sibling-like fights. She said, “We were kids, so they would tease me sometimes and make me cry! They’d get impatient because I was being a whiny baby. But we always had each other and that was a big part of why it was so much fun to do.”

Kami continued that she would definitely join a reunion if they ever do another one. That’s great news for fans.

RELATED: Whatever Happened To Kami Cotler, Elizabeth Walton From ‘The Waltons?’