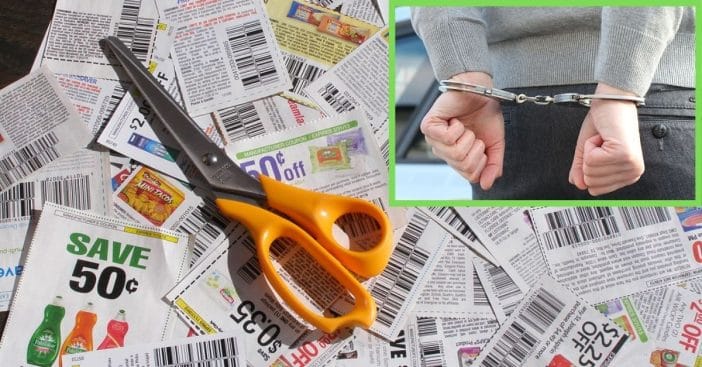 Diligent, meticulous couponing can exponentially cut away at a grocery bill, reducing some hundred dollars into single digits, sometimes even pennies. Or it could foreshadow involvement in a multi-million dollar fraud scheme, such as what a couple enabled with some dedicated forgery.

Virginia Beach couple Lori Ann Talens and Pacifico Talens, Jr. had fake coupons in “every crevice” of their house, according to new reports by the FBI documenting the elaborate social media-driven scheme Lori Ann ran. Together, they face a combined sentence of 20 years. Here’s how the plot unfolded.

A couple arranges a scheme to benefit from extreme couponers

The Talens couple housed enough piles and piles of coupons – all fake – that their combined amount totaled over $1 million. That’s what was physically on-hand. In addition, they had designs and layouts for savings on 13,000 products saved onto Lori Ann’s computer. According to FBI Special Agent Shannon Brill, Lori Ann mastered “the different techniques she needed to manipulate barcodes to make these coupons work.”

RELATED: The McDonald’s Monopoly Scam That Resulted In A $1 Million Donation To St. Jude’s

Once forged, the coupons did not go to the Talens for extreme couponing worthy of TLC’s eponymous series. Instead, customers reached out to Talens and Talens corresponded with subscribers via an encrypted messaging app. Customers traded $400,000 in digital currencies like bitcoins, or “exchanged coupons for stolen rolls of the special paper stores use to print out coupons.”

The discounts gave extreme couponers discounts “near or even over” the product’s retail value. As a result, the Department of Justice reported retailer and manufacturer losses at around $32 million. CNN Business writes that this scheme had gone on for three years until Coupon Information Corporation discovered what was going on based on a tip concerning someone making and distributing forged coupons.

The couple was apprehended and in September, Lori Ann was sentenced to 12 years in prison. Considered the mastermind of the operation, she was charged with “perpetrating a counterfeit coupon fraud scheme” that led to those astronomical losses. Meanwhile, her husband knew of the scheme and profited from it, and for that he was sentenced to 7 years in prison. Specifically, the couple is further accused of using the money earned by distributing these coupons to build a swimming pool and remodel their kitchen.

In response to her actions and the fallout, Lori Ann says she is “deeply ashamed and embarrassed.”

RELATED: There Are Officially No More True Dollar Stores Out There