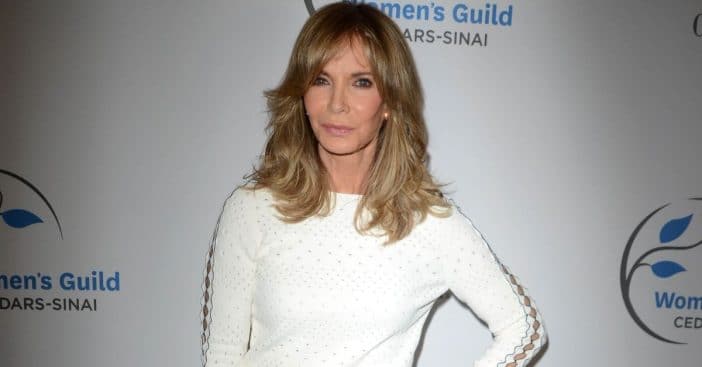 Jaclyn Smith, 76, was seen out and about on Rodeo Drive, looking gorgeous and youthful as ever. She looked truly effortlessly chic as she indulged in some retail therapy, sporting smart navy slacks with satin side stripe detailing with a matching jumper.

She also added a bomber jacket to finish up the look, along with a matching tricolour Celine leather bag. Her hair was also perfectly styled for the occasion.

Jaclyn Smith looks youthful as ever at 76

Smith has no problem showing off every now and then, considering how great she looks for her age! She often posts on her Instagram account, most recently sharing a snap with her son, 39-year-old Gaston Richmond, whom she shares with third husband, Anthony B Richmond.

RELATED: Jaclyn Smith Shares Rare Photo Of Her Adult Son And Why He’s Her Favorite Human

“Beautiful pic!! He’s such a handsome guy!!” One fan comments. Another says, “Omg! I remember when he was born.” Other people commented, noting the fact that Smith looks “so young.”

Smith may be best known for her role as Kelly Garrett in the television series Charlie’s Angels. She was the only original female lead to remain with the series for its complete run. She also reprised her original role in the newest 2019 Charlie’s Angels film starring Kristen Stewart, Naomi Scott, and Ella Balinska.

We have seen Smith on-screen since then, as she has appeared in a movie and an episode of a show since. She appeared in the role of Lauren Larkin in the TV movie Random Acts of Christmas and was also seen on the show All American for one episode. We certainly hope to see her a lot more in 2022!