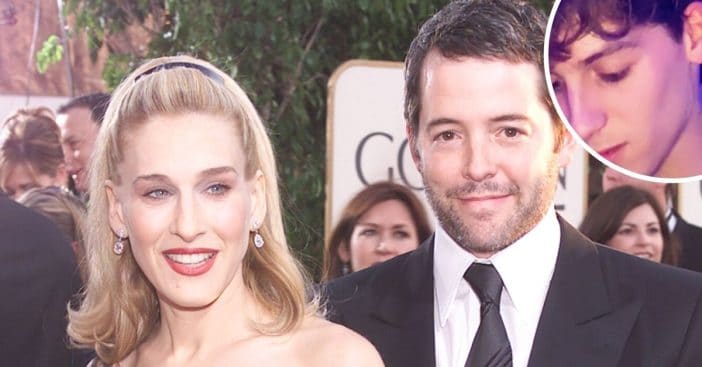 Sarah Jessica Parker and Matthew Broderick’s oldest son joined them for a rare appearance on the red carpet. They were seen on the red carpet for the new HBO Max series And Just Like That. The show is a continuation of the Sex and the City series, which stars Sarah as Carrie Bradshaw. The family celebrated the premiere of the show and James, 19, returned home from college to show his support for his mom.

Sarah and Matthew also share Marion and Tabitha, 12, but they were not seen at the event. The kids mainly stay out of the spotlight but Sarah does share photos of them on social media from time to time. For James’s recent birthday she wrote in part, “New adults making lasting impressions. Opening his still young eyes. New thoughts. New books. New and different mornings,” talking about his college experience.

The last time the family was seen on a red carpet together was in 2017 so this was a very special outing! Several months ago, Sarah also shared photos of the kids getting ready for the first day of the school year. Just their backs are seen as she talked about how “One crosses the threshold into his freshman year of college. The other 2 into 7th grade.”

Click for next Article
Previous article: These Holiday-Themed ‘SNL’ Skits Will Have You In The Festive Spirit Once Again
Next Post: Lisa Whelchel Explains Why ‘Facts Of Life’ Co-Star Nancy McKeon Missed Special Live Event