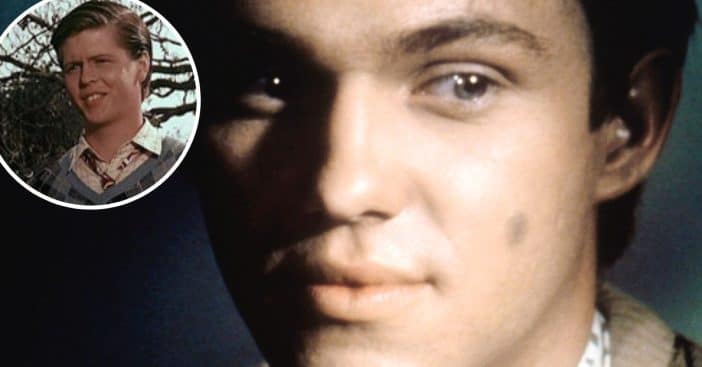 If you were a Waltons fan, you might even remember some of the more minor characters on the show. When the oldest child, John-Boy, went away to college, he met a new friend. They quickly became best friends. John-Boy’s friend was named Michael West, played by Teddy Eccles. Turns out Teddy was famous for something else too!

Teddy began acting when he was 6 months old. He appeared in a soap opera. By the time he was a teenager, he appeared in over 40 television shows and 14 movies. However, most people may recognize Teddy’s voice. He voiced the character of Aaron in The Little Drummer Boy, a 1968 classic Christmas film. He was only 14 years old at the time and received rave reviews for his voice work.

When the movie came out, his schoolteacher shared why he was doing so well both as an actor and a student. She said, “These children are able to move rapidly ahead in their studies because of their acting. They have excellent memories, sharpened by their daily task of learning lines, and because of their work with directors, they take instruction extremely well.”

Later on, Teddy appeared on The Waltons and M*A*S*H. In the ’70s, he decided to change careers. Instead of acting, he started to work as a movie and television marketer. He has also worked as a producer and director.

You can thank Teddy for the impressive and creative marketing campaigns for films such as Pretty Woman, The Lion King, and shows such as Seinfeld. In conclusion, listen to Teddy’s voice in The Little Drummer Boy below:

Click for next Article
Previous article: ‘B.J. And The Bear’ Star Claude Akins Worked Right Up Until His Death At 67
Next Post: As Miss America Pageant Turns 100, Fate Of Competition Comes Into Question