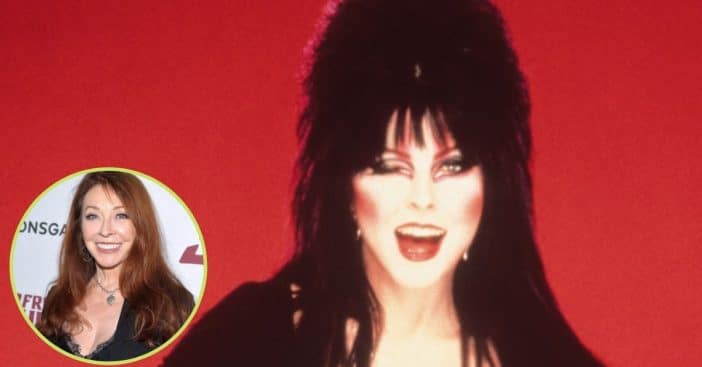 Elvira, the Mistress of the Dark, has come out about her 19-year relationship with a woman. In Cassandra Peterson’s newest memoir Yours Cruelly, Elvira, she opens up about meeting a woman at the gym 19 years ago and forming a close bond with her, a woman by the name of Teresa “T” Wierson.

She was at the Hollywood Gold’s Gym at the time when she spotted someone walking in, who she thought was the hottest bad boy around. “Often, when I was doing my preworkout warm-up on the treadmill, I couldn’t help noticing one particular trainer — tan, tattooed, and muscular — stalking across the gym floor, knit cap pulled so low over his long brown hair that it nearly covered his eyes,” she writes.

“Dark and brooding, he gave off such intense energy that when he crossed the enormous gym floor, the waters parted and people stopped in their tracks to stare.” It wasn’t until they had a chance to meet in the ladies’ room that she realized her bad boy was, in fact, a bad girl. However, their relationship began platonically.

It didn’t become romantic until the end of Peterson’s 25-year marriage to Mark Pierson. Teresa was also freshly out of a relationship. Cassandra writes, “There on the doorstep stood my trainer, T, holding a trash bag full of her belongings, looking sad and bedraggled. She’d split from her longtime partner, spent some time in rehab, and now had no place to go.” The two then began living together, taking care of one another during such challenging times for the both of them.

It was one night after they saw a movie together that she describes the sudden urge to kiss Teresa. “I think I was even more surprised. What the hell was I doing? I’d never been interested in women as anything other than friends. I felt so confused. This just wasn’t me! I was stunned that I’d been friends with her for so many years and never noticed our chemistry,” she says. “I soon discovered that we connected sexually in a way I’d never experienced.”

19 years later, the two have been going at it for a while now, and Teresa has even become Cassandra’s personal assistant. The original reason they kept the relationship private all these years was to protect the Elvira brand. “Would my fans hate me for not being what they expected me to be?” she shares, adding, “I’m very aware that there will be some who will be disappointed and maybe even angry, but I have to live with myself, and at this point in my life, I’ve got to be truthful about who I am.”

The fact of the matter is, she now feels safe to come out with her truth. And, she’s never been happier. She writes, “For the first time in my life, I’m with someone who makes me feel safe, blessed, and truly loved.”