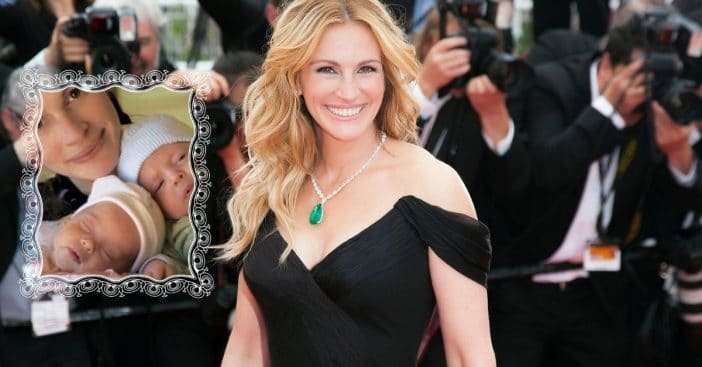 Both parents shared photos of the twins at different points in their lives. Roberts shared a throwback photo to their very early lives, while Moder posted a picture of his kids years later. Both inspired shock from their followers that these kids could be turning 17 already. Check out the adorable rare glimpse into this family here.

Earlier this week, Roberts took to Instagram to share a close-up photo of herself holding twins Hazel and Phinnaeus when they were just babies, eyes barely open, so small they were more hat than a person. In the caption, she calls the experience “17 of the Sweetest years of life,” ending with abundant sparkles, hearts, and even more birthday cake.

The pair were born on November 28, 2004. Roberts, 54, typically reserves her social media presence to her own professional projects or some advocacy such as Red Nose Day and women’s advocacy. Posts like these are a rare glimpse into her family life, and fans were offered two in short succession thanks to another picture shared by Moder.

A testament to parenthood

Moder, 52, also shared a post celebrating Hazel and Phinnaeus turning 17 last month. His was taken years later, and in the caption, he writes, “these rabble rousers… 17 today. thank you for helping me through fatherhood.” Like true heroes, both are decked out in heroic garb reminiscent of a DC legend.

Moder and Roberts first became parents 17 years ago, and celebrated their 19th year of marriage in July. After first becoming a parent, Roberts noted an exponential decrease in free time. “But it’s such a terrific trade-off,” she added. “I don’t have time to get a pedicure, but I sure am happy. Who cares if your feet look bad?” As she came into her own parenting style, she knew she wanted to raise independent kids. “I don’t want them to have some of the struggles that I had,” she explained, adding, “But at the same time, you do need to know how to make your bed and do your laundry and make one meal. These are important life skills. They have to run their own race. They have to have their own experience.”

RELATED: Whatever Happened To Julia Roberts From ‘Steel Magnolias’?