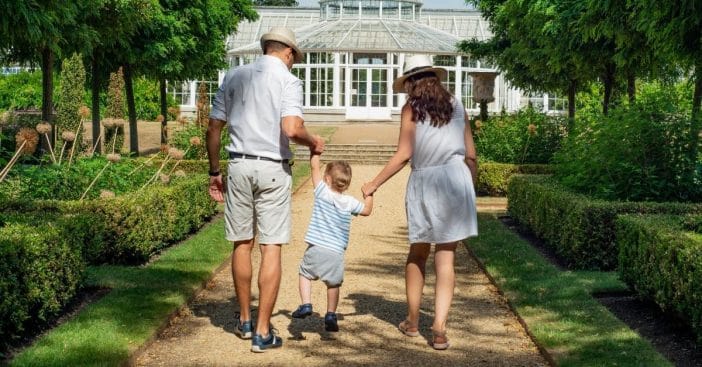 After World War II ended, America saw a significant increase in the number of children being born; the resulting population became baby boomers. They, in turn, gave birth to Gen X and millennials. Back in 2020, Pew Research Center reported that the number of adult millennials officially outnumbered baby boomers. Clearly, boomers had plenty of kids of their own. But this trend seems primed to break now, as more and more Americans are saying they don’t want to have children at all and parenthood is not for them.

Why? TODAY sought to figure out why, and spoke with adults living the child-free lifestyle. Both the outlet’s own research and that of other polling can’t quite pinpoint one consistent thread, only surprises. The pandemic did not create a baby boom sequel; instead, there is excitement at the prospect of forgoing parenthood. It turns out there are some broader factors at play that can be attributed to this new trend, so let’s go over them now.

The cost of parenthood

Parenthood requires a lot of resources to be successful: time, energy, money, knowledge, emotions, clothes, food, space, and so much more. “The opportunity cost of having children is higher than it has ever been, especially for women,” says Christine Whelan, director of the Money, Relationships and Equality (MORE) center at the University of Wisconsin. “Women had to quit their jobs or try to juggle home school while also working from home.”

Firsthand testimony proves this accurate for many women with educational and career aspirations. That time and money sunk into child-rearing have to come out of some other outlet. “It was definitely that I wanted to finish grad school and I wanted to get established and teaching,” shared math teacher Alaina Spanoudakis, “and honestly in my group of friends the majority of them either didn’t have children or had like one child later.” Even for those without specific career goals like Spanoudakis, parenthood would cost something: freedom. Clara and Ryan Chapman don’t want children as it would cut into the freedom their current lifestyle enjoys. Armed with her travel van, Clara was able to visit the Grand Canyon and Salem, Massachusetts as she pleased.

On an anecdotal note, years ago, a composition professor asked her class how many siblings their parents had. Very few people held up fewer than three fingers; the numbers were skewed closer to at least five. Cultural expectations in the years baby boomers reached adulthood were clearly laid out; they would create a nuclear family and impress upon the next generation a certain quality of life and standard of living.

It’s exactly this kind of attitude that Chapman hopes goes away. “I really want it to be normalized that people have different life expectations,” she shared. “When someone tells you that’s what they want out of life there shouldn’t be a question about it.” Already, there have been cultural shifts that prove Chapman’s wish well on the way to becoming a reality. Whelan noted that when individuals were asked about their plans for parenthood, they said they don’t want to have children “because I just don’t want to.” This, Whelan says, is big “because that statement would not have been socially acceptable like 15 years ago. So the idea that it is socially acceptable now to say that is a big switch.”

Boomers see this shift in values and cultural norms too. A 2008 Pew Research study says “most baby boomers do not believe their own children will have a higher standard of living than they do.” With the advent of side hustles and even more all-new opportunities for women, new opportunities in general plus a rollercoaster of an economy, many Americans want to focus on their own lives before even contemplating bringing another life into the world and then facing the lifelong responsibility of maintaining that new person.

In the newfound decision among many Americans to pass on parenthood, it is a combination of economics, sociology, education, and job opportunity – and simply the freedom that comes from not delegating vast amounts of resources to parenthood. What do you think about this new trend?

RELATED: 5 Facts Baby Boomers Should Know As They Get Older