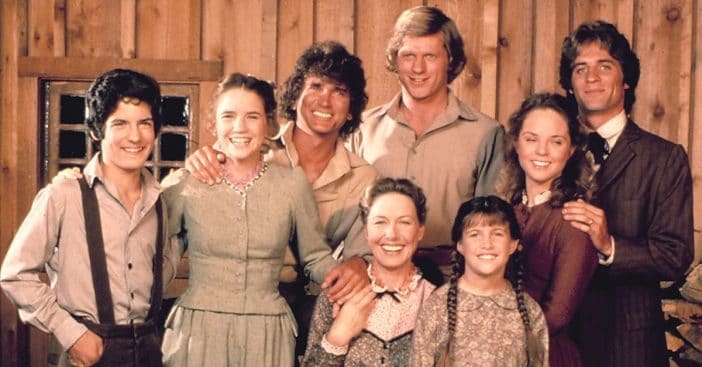 Throughout its nine-season runtime, Little House on the Prairie touched upon serious topics and themes like coming-of-age, addiction, prejudice, death, abuse, family, love, and faith. Between its readiness to explore important values and the trend among shows to have holiday-themed episodes, it would make sense for Little House on the Prairie to have a Thanksgiving episode, right?

And yet, it doesn’t, despite the setting lending itself to featuring the holiday in some nuanced and original ways viewers then and now would not be able to experience. Why? Melissa Gilbert, who spent much of her childhood working on the show as Laura Ingalls, has an answer.

‘Little House on the Prairie’ had no Thanksgiving to celebrate

Falling on the fourth November of each year, the origins behind Thanksgiving vary by source, but its general intent is to celebrate a bountiful harvest, beloved company, and whatever fortunes the year has provided such as health and housing – and to wish those upon those without. Popular legend dates the original Thanksgiving feast to around 1621 when Mayflower pilgrims had dinner with Wampanoag tribe members. Relations between the newcomers and natives were precarious, kept stable so long as trade stayed civil; at times, undersupplied pilgrims would steal food. Fortunately, on that particular day centuries ago, the Wampanoag realized the ruckus the pilgrims made when celebrating was a peaceful dinner, and they then provided more food for the table and joined in.

This peace did not last, but the event itself did, occasionally integrated into religion as a service to give thanks to God. The years went on and the dinners continued. Despite the routine nature of this day of thanks, it did not officially become a national holiday until 1863, first encouraged by President Lincoln, then backed by a Congressional decree. As Melissa Gilbert notes in her book, this decree took place at the very start of when Little House on the Prairie begins, so Thanksgiving would have been an almost non-existent concept to the real-life Ingalls family. The first book from which the series derived inspiration was published in 1870 and Thanksgiving was simply not nationally common back then – certainly not to the extent it is now.

Some of the holiday still made it in

So, viewers did not get an official Little House on the Prairie Thanksgiving episode. But just as the feast itself existed in American history for centuries, so too did the iconic parts of the holiday make it into the series; they might not have had an official, federally-backed name for the day, after all, but the association with rustic farm-living was too strong for it to not make an appearance.

As with many other episodes, season three, episode six, “Journey into the Spring,” tackles some emotionally-charged topics. Specifically, it sees young Carrie Ingalls, played by the Greenbush twins, befriending a turkey named Tom. She implores her mother to let her keep the turkey, which sleeps in her bed like a cat or dog. It is obvious Carrie considers Tom a pet first and foremost, not a potential dinner, even though this particular episode does use the word “Thanksgiving.” Fortunately, while her sisters Mary and Laura don’t know how to tell Carrie the heartbreaking news, they’re right to turn to their father Charlies, and the bird is set free back on their grandfather’s farm, very much alive.