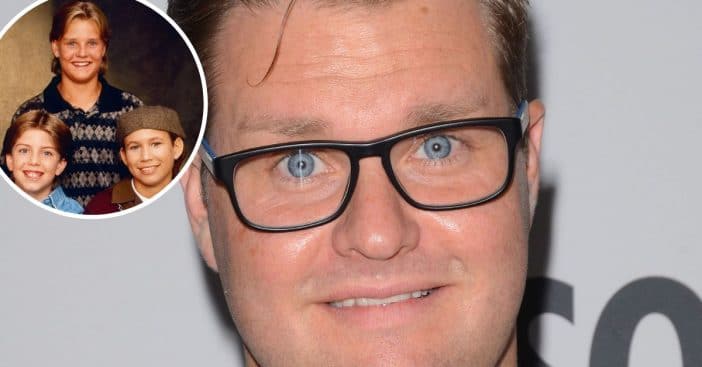 Following some tough times last year, Home Improvement star Zachery Ty Bryan said he’s winning once again. Zachery, best known for playing Brad Taylor on Home Improvement in the ’90s, just got engaged! Reports show that he is engaged to an unnamed woman and he shared the news to his private Instagram page.

Reportedly, he shared a photo of himself and his fiance and wrote, “You win some and you lose some. I’m thankful for a win … finally!” Zachery got divorced last year after 14 years of marriage to his high school sweetheart Carly Matros. They have three daughters together.

After some legal trouble, Zachery Ty Bryan is happy and engaged

After separating from Carly, Zachery was arrested for domestic violence in a case involving his then-girlfriend. He agreed to a plea deal in which he pled guilty to menacing and fourth-degree assault. He is now on probation for three years.

After the incidents, he deleted his social media and later brought it back but set it to private. Reportedly, he is also known to share some throwback photos from his Home Improvement days and even expressed interest in reuniting with the entire cast.

A fan asked Zachery if he would ever want to appear on the new show Assembly Required with former co-stars Tim Allen and Richard Karn. Zachery seemed interested and would definitely be open to appearing. Tim… call him up!

Congrats to Zachery and his bride-to-be!

Click for next Article
Previous article: ‘Lord Of The Rings’ Icon Ian McKellen And Björn Ulvaeus Team Up For Adorable Christmas Video
Next Post: Richard Thomas Returns In New Trailer For ‘The Waltons Homecoming’