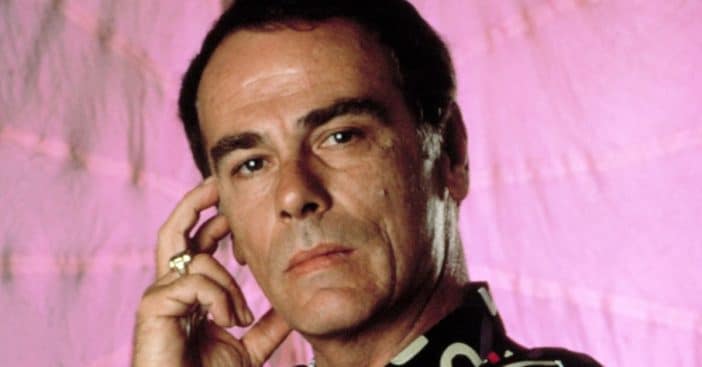 Dean Stockwell, who was best known for his roles in shows like Quantum Leap, has died at the age of 85. According to Deadline, his family confirmed that he died at home of natural causes.

Stockwell had first become a major name while he was still in high school after starring in the anti-racism parable The Boy With Green Hair in 1948 and in the 1950 adaptation of Rudyard Kipling’s Kim.

After dropping out of university, he worked on re-establishing his film career as an adult, admitting that he found the transition difficult. He eventually would land the leading role in the 1959 crime film Compulsion based on the Leopold and Loeb murder case. He would end up winning the award for best actor at the Cannes film festival.

Stockwell would go on to win yet another best actor award for his role in the 1962 adaptation of Long Day’s Journey into Night, and would begin working steadily in TV.

Many dropouts and comebacks

As fate would have it, he began growing disillusioned with the entertainment business and famously joined Hollywood’s Topanga Canyon hippy culture and dropped out of acting. But by ’68, he would make his return, appearing in films such as Richard Rush’s Psych-Out, and in 1970’s The Last Movie.

After struggling to find more work in the ’70s, he even dabbled in real estate for a while in the ’80s before making yet another comeback to acting. By the late ’80s, he had already gained an Oscar nomination for his role in the 1988 comedy Married to the Mob. “Some people might pooh-pooh it and say it didn’t mean anything, but it does. It’s really gratifying to get the recognition from your peers,” Stockwell once said about getting the nomination.

By the ’90s, he secured one of his best known roles, in the travel series Quantum Leap, for which he won three Emmy awards and a Golden Globe. For the next few decades after that, Stockwell continued working in TV and in various films, including Robert Altman’s The Player, Air Force One, and Francis Ford Coppola’s The Rainmaker. He also had TV roles in JAG, Star Trek Enterprise, and Battlestar Galactica. He retired in 2015 following a stroke.

RELATED: ‘Saved By The Bell,’ ‘Battlestar Galactica,’ And ‘Punky Brewster’ Are Getting Reboots