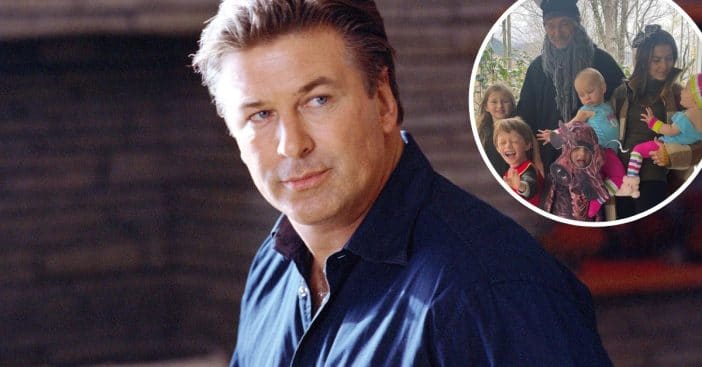 Alec Baldwin is struggling after the accidental shooting on the set of his film Rust. He shot the prop gun that killed cinematographer Halyna Hutchins and injured director Joel Souza. Investigations are still ongoing but Alec has shared a statement that he is very heartbroken and distraught over the situation. Currently, his family is staying in Vermont.

On Halloween, his wife Hilaria shared a photo of herself, Alec, and their six kids in Halloween costumes. She captioned the photos and a video, “Parenting through this has been an intense experience, to say the least. Today, we rallied to give them a holiday. Last min costumes…a little hodge-podge…but they were so happy and that warmed my mama heart. Happy Halloween, from the Baldwinitos. They give us ❤️. We send you ❤️🎃”

Some people commented that it was poor taste to share photos of their Halloween fun after the tragedy, even bringing up that Halyna had a son who spent his first Halloween without her. While others enjoyed the adorable photos of the children.

A source shared with PEOPLE, “It’s such an unthinkable tragedy and the grief and trauma for him are unbearable. Alec is still in shock and his heart is completely broken. He is doing his best to cope and is leaning on Hilaria and the kids for support.” Alec and Hilaria have been photographed around town and she appears to be comforting him in many photos.