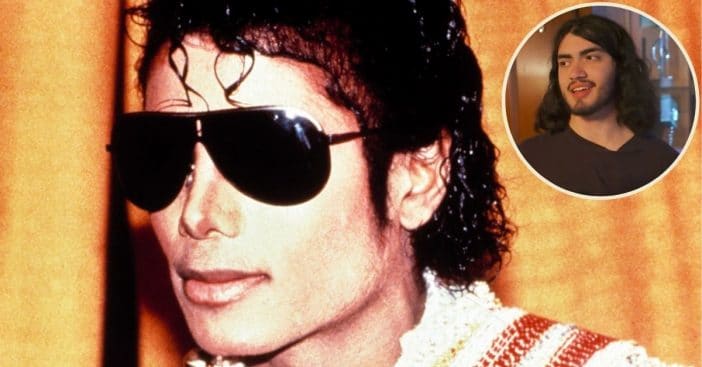 Michael Jackson’s son, Bigi—whom many of us first knew as Blanket—looks totally grown up in a new, rare interview. Bigi is 19 years old now and appeared in an interview with Good Morning Britain on November 1st. During the interview, Bigi was also touring through a room filled with his late father’s memorabilia.

He also talked about his father’s legacy 12 years after his sudden death. “I think there’s a lot of history in this house and studio here,” Bigi says while touring the room. “And that’s what he was all about and that’s just kind of what each of us [his brother and sister] want to do…make things that people hopefully enjoy, but also can benefit their lives.”

Bigi, formerly known as Blanket, is using his voice to call on world leaders to tackle the problem of climate change as COP26 begins. pic.twitter.com/920Zlk4usK

His brother, Prince Jackson, also spoke to Good Morning Britain back on October 28th. He spoke about the life lessons that their father always instilled in them as kids.

“When we were growing up, my father would say, ‘We could have nothing, but you look around in this room, your brother, your sister, and me, that’s all you’ll ever have,'” Prince said at the time. “And that always stuck with my siblings and I, and we have such a close relationship. Because I’m the oldest, my father would always tell me [that] I have to make sure that the group is taken care of and that I have to be the leader and lead by example.”

He continues, “But, after his passing, and us being thrown into the ‘real world’… My siblings honestly—they picked up the slack that I unfortunately left behind.”

On top of that, Prince says he really values family time and every moment he gets to spend with his siblings. “Every moment that I get with them—any little family dinner, any little family outing, is really a special moment for me.”
Check out the interviews with both Prince and Bigi below:
Click for next Article
Previous article: Henry Winkler Is Auctioning Off Fonzie Outfit Including Iconic Leather Jacket
Next Post: Alec And Hilaria Baldwin Are Having Parenting Struggles After Shooting Incident