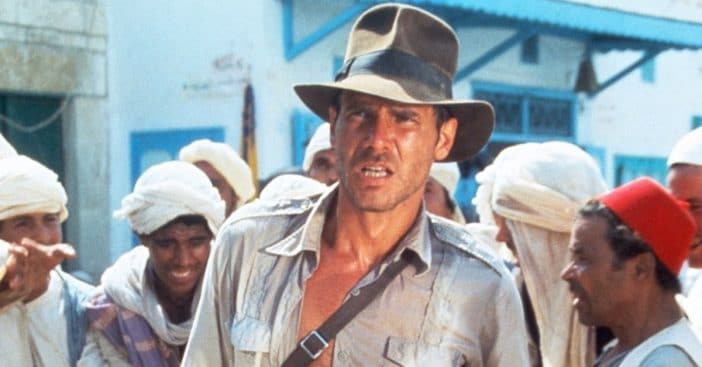 79-year-old Harrison Ford suffered some injuries while filming the fifth Indiana Jones movie. After taking some time off to recover, he is now back on set. Harrison injured his shoulder while rehearsing a fight scene and ended up needing surgery. He had to take three months off to recover and spent the time recovering in London.

Now, he’s back and ready to finish up the film! A source told The Sun, “Everyone’s relieved to see him back and fighting fit. It’s been a long ten-week wait for him and the crew.” Harrison has already confirmed that this Indiana Jones film will be his last, regardless of whether or not they continue to make the movies.

Rumors are that Disney is hoping to change things up and bring on a female version of Indiana Jones. Actress Phoebe Waller-Bridge is reportedly in talks to play the role in the future. However, Disney is not making any announcements quite yet. Phoebe appears in the fifth version of Indiana Jones alongside Harrison, so it wouldn’t be that much of a stretch to have her character take more of a main role in the future.

Glad to hear that Harrison has recovered from his injuries and is back on the set! Are you excited for another Indiana Jones movie?

Click for next Article
Previous article: ‘Grease’ Stars Appeared During ‘Dancing With The Stars’ Grease Week
Next Post: Meghan McCain Opens Up About “Toxic Work Environment” On ‘The View’