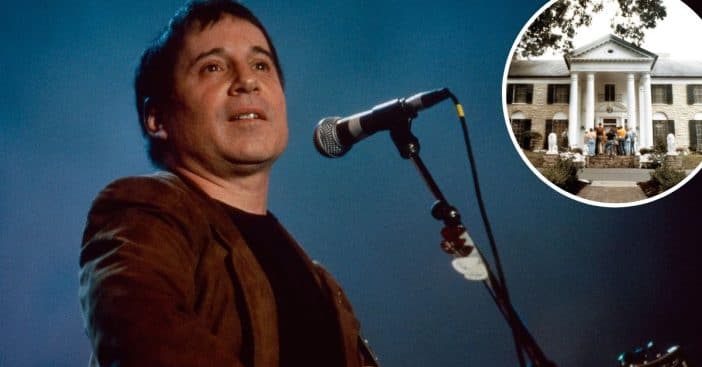 In 1984, Simon & Garfunkel was over and Paul Simon had just gotten a divorce from actress Carrie Fisher. It was a tough time for him and he decided to take a trip to Tennessee. Paul went to visit Graceland, the former home of Elvis Presley. After visiting Elvis’ grave, he was inspired to write a new album including the song “Graceland.”

Paul said about Graceland, “I went there[,] walked around…I was unimpressed. Until you finish the tour and come outside. And then there’s his grave.” When he got to his grace, he read the lines inscribed, “He had a God-given talent that he shared with the world. And without a doubt, he became most widely acclaimed; capturing the hearts of young and old alike.”

Paul said that he started to cry. He added, “And I thought it’s really true. This guy was loved by everybody.” When he came home, he wrote the album titled Graceland. He wrote a lot about his relationship and divorce to Carrie and even she loved the songs.

Carrie once said, “I do like the songs he wrote about our relationship. Even when he’s insulting me, I like it very much.” These days, Paul recently turned 80 years old. After Carrie, he moved on and married Edie Brickell. They are still married and have three children together. Paul also has a son from a previous marriage.

Paul’s most recent album is In the Blue Light from 2018. Are you a fan? Listen to the song “Graceland” below: