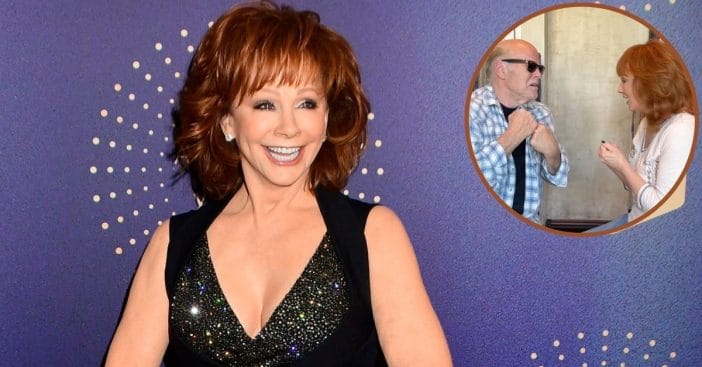 Fans are responding and reacting to Reba McEntire dramatically arguing with her boyfriend Rex Linn in a new video. The caption of the Instagram post gives it all away, saying, “Are we the only ones who dramatically argue over who their dog loves the most?” Yes, they were arguing over who loves their dog the most, and it’s a very important matter!

The couple hilariously duked it out while singing to Reba’s duet with Dolly Parton “Does He Love You” from her recently released 34th studio album titled Revived Remixed Revisited.

Reba’s most recent studio album consists of three discs: Revived features 10 re-recordings, Remixed features 10 remixed songs, and Revisited features stripped-back versions of her previous songs. However, that wasn’t the talk of the town in her Instagram comments. Fans chimed in about the argument itself…

“Oh my gosh! This is hilarious! Y’all are a hoot!” One fan wrote. Another says, “Best thing I’ve ever seen.” Another chimes in, “This is SO funny Reba! It does my heart good to see you so happy!”