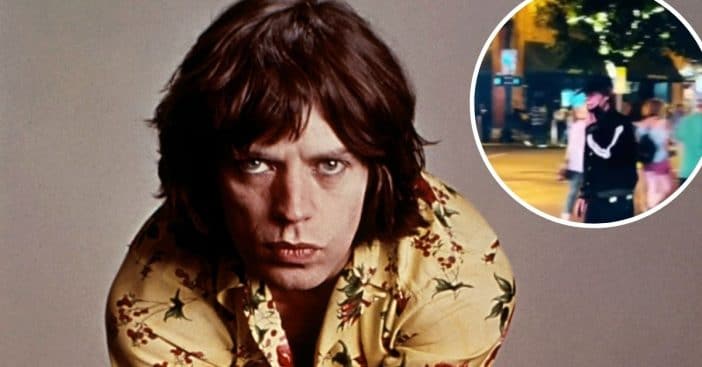 Mick Jagger and his longtime group The Rolling Stones were recently in Nashville on tour. Their tour is called No Filter and they have been traveling the United States. Before the show in Nashville, Mick was walking around town unrecognized! How?

He was out wearing a hat, jacket, and at times, a face mask. Still, it seems hard to believe that no one recognized the very famous rock legend. You still may not believe it, but Mick shared a video on his Twitter page to prove that he was not recognized around town. You can see him walk through a busy street and no one stops him.

At the show, he reportedly joked, “I went to Printers Alley and sang ‘Honky Tonk Women’ in a karaoke bar. (And) I crashed a bachelorette party on a pedal tavern. They loved my Goo Goo Clusters. We all ended up at the Wild Beaver riding a mechanical bull.” Mick is often heard making jokes and being funny during shows.

Mick is also known to share photos of himself around each city that they tour. In the photos, it doesn’t seem like anyone is paying him much attention or he’s in remote locations. For instance, he shared a photo of himself outside the Thirsty Beaver Saloon in Charlotte, drinking a beer. The other patrons don’t seem to notice. However, the owner of the bar said it is very small and fans usually congregate there. They believe he was actually recognized! What do you think?

Can you believe that Mick Jagger walks around unrecognized in large cities?