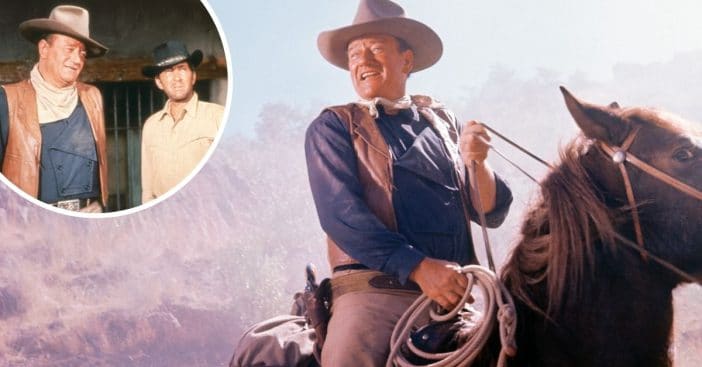 Before John Wayne began filming the 1965 film The Sons of Katie Elder, he received a lung cancer diagnosis. As scary as it was, he was determined not to let his diagnosis stop his career. So, he still filmed the movie all while treating his cancer.

Dean Martin also starred in the film with John and saw his strength firsthand. Back in the day, when he was asked about John and filming the movie, he shared, “Someone else would have laid around, feeling sorry for himself, for a year. But Duke, he just doesn’t know how to be sick. He’s recuperating the hard way.”

After John received his diagnosis, he did consider taking some time off. He talked it over with the producers on the film. John even suggested that Kirk Douglas take over the role but the producers hoped that he would stick it out and stay in the role. Of course, he did.

Now, it is hard to imagine anyone else as John Elder in the film. Knowing how difficult it probably was for John to battle cancer and film the movie makes it even more special. Sadly, John ultimately passed away in 1979 from stomach cancer. He had been battling cancer on and off for about a decade. His final role was in The Shootist which premiered in 1976.

Did you know that John was battling cancer while filming The Sons of Katie Elder? What’s your favorite John Wayne film? He has so many good ones! Watch a clip from the film below featuring John and Dean: