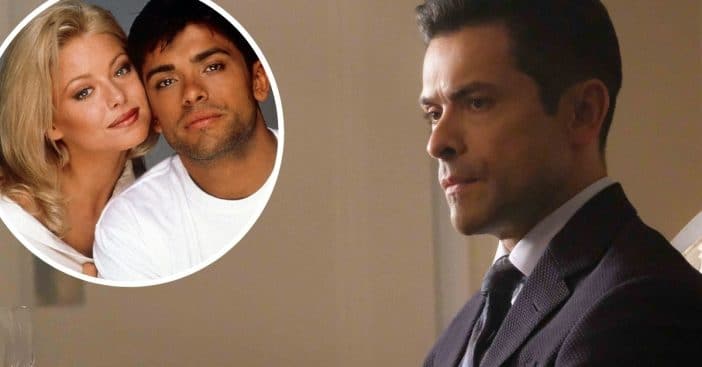 Kelly Ripa and Mark Conseulos recently hosted Kelly’s show Live with Kelly and Ryan. During the show, they opened up about rumors that have been going around for years. Many fans have accused Mark of wearing eyeliner! Turns out, he just has very thick eyelashes so it looks like he’s wearing makeup.

Kelly said, “His eyelashes are so thick at the bottom. And thank god, all of the children inherited your eyelashes. It’s a common thing in his life where people think he’s wearing eyeliner. .. Mark’s been trying to wipe it off for years.”

Kelly did say the one good thing about Mark’s eyelashes is that all of their kids inherited them! Even the show’s executive producer Michael Gelman joked with Mark and asked if he had makeup on his eyes.

Michael said, “I thought there was some eyeliner, but I didn’t see [the makeup artist] putting it on. I was like, ‘Whoa!'” It has been a common problem apparently. Back when Mark and Kelly starred on All My Children, they would have to redo a scene because his eyes looked so dark.

The couple actually met on the set of the soap opera and got married just a year later. Their characters also got married on the show. In conclusion, watch the segment where Kelly and Mark discuss his “eyeliner” below: